The MTA will vote on Joseph Lhota's plan on Wednesday, which entails higher fares across the board in New York and Long Island.

Metropolitan Transportation Authority Chairman Joseph Lhota has proposed a fare hike in a letter to the board on Friday that outlined his strategy to bring an additional $450 million in revenue to the MTA. 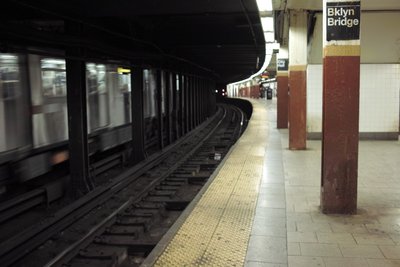 Per-ride MetroCard purchase bonuses would be lowered from 7% to 5%, but the bonus would be offered on $5 purchases as opposed to the current $10 minimum.  By lowering the minimum, Lhota writes that he included this in his plan because it "addresses the concerns about the affordability of transit for our most economically disadvantaged customers by making the discount available for the price of single round trip.”

The MTA proposal to the board also includes a $1 MetroCard “green fee,” which would be imposed on customers buying new cards instead of refilling an existing MetroCard.  The “green fee” was previously approved, but has yet to be implemented.  By encouraging commuters to reuse their MetroCards, the MTA would expect to save money on production and cleanup costs associated with producing large quantities of cards.

If the plan goes into effect, commuters on the LIRR can expect ticket prices to increase by between 8.2% and 9.3%.

The plan also extends to bridge tolls, and drivers who use the Verrazano Bridge are expected to be the most affected.  Lhota’s plan proposes raising the toll from $9.60 to $10.66 for those with a non-Staten Island EZ pass, and $15 for drivers to pay with cash.

The MTA is expected to vote on this proposal on Wednesday.  If the plan is passed, the changes will go into effect in early March.