Ala. Hospital Shooting Rounds Out Weeks of Mass Shootings

Detectives are still investigating why an unnamed gunman opened fire in an Alabama hospital on Saturday, injuring an officer and two employees before being shot and killed by police.

Following two events events of mass shootings across the country, including the deaths of two holiday shoppers at a suburban shopping mall outside of Portland, Ore. on Tuesday, and the tragic and senseless murders of 20 school children and six faculty members at Sandy Hook Elementary in Newtown, Conn., another shooter opened fire inside an Alabama hospital. 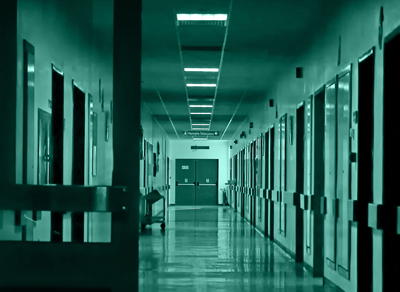 An unnamed gunman shot a police officer and two employees on Saturday morning at St. Vincent’s Hospital in Birmingham.  A second officer shot and killed the gunman before the situation escalated.
Officers were dispatched to the hospital around 4 a.m. following a report of an armed man within the hospital.
Birmingham Police Sgt. Johnny Williams told the press that the gunman opened fire immediately after the officers encountered him.
Detectives are still investigating the shooting in an attempt to determine why the armed man was in the hospital.
The shooting took place on the hospital’s fifth floor within the cardiac unit.  Hospital spokeswoman Liz Moore told reporters that a handful of patients and staff members were on the floor at the time of the shooting, but the hospital has since been secured and no interruptions to patient care were caused by the event.