Three people were killed and another four injured in a mass shooting in Brookfield, Wi.

Wisconsin police say the suspect in a mass shooting at a spa on Sunday morning in a suburban area of Milwaukee in which three people were killed, and four others were injured, died of a self-inflicted gunshot wound. 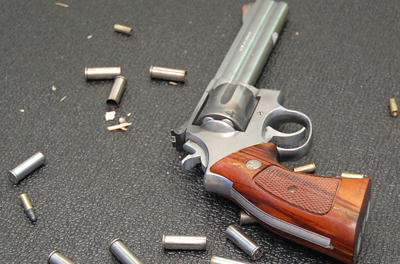 The shooting took place at the Azana Salon and Spa in Brookfield, Wi. around 11 a.m.  Following the shooting, the survivors were brought to Froedtert Memorial Lutheran Hospital which was put on lockdown.  Police suspect that the shooter, Radcliffe Franklin Haughton, 45, of Brown Deer, had personal motives for the shooting.  Haughton’s wife, who had obtained a restraining order against Haughton two weeks ago after he slashed her car’s tires in the spa’s parking lot.
Police have not revealed whether Haughton’s wife was among the victims.
Before locating his body inside the spa, the police had spent hours searching for the suspect.  After the announcement of his death, the hospital called off the lockdown put in place to ensure the safety of the survivors.  A mall and country club in the area also went under lockdown during the search.
This is the second mass shooting in Wisconsin this year.  40-year-old Army veteran Wade Michael Page opened fire at a Sikh temple near Milwaukee in August, killing six and injuring three before taking his own life.  Page, a white supremacist, had ties to neo-nazi groups.
Brookfield is a middle-to-upperclass community west of Milwaukee.   In 2005, seven people were killed and four injured in a mass shooting at a mall less than a mile from the spa.
Share your thoughts on this article by posting a comment below or visiting our Long Island Living discussion forum.