Police are investigating an accidental shooting at the Federal Courthouse in Central Islip that took place at about 9:30 this morning. 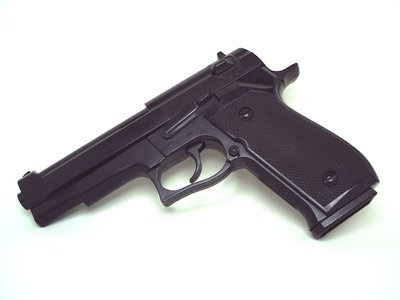 CENTRAL ISLIP, N.Y.—Police are investigating an accidental shooting at the Federal Courthouse in Central Islip that took place at about 9:30 this morning. According to sources, the victim was a court officer who shot himself in the arm in a room on the third floor.

The incident took place in an area of the courthouse that houses the Department of Homeland Security, federal court officers and the pressroom—an area that, according to a Suffolk County police spokeswoman, is "not accessible to the public."

The victim has been taken to Stony Brook hospital where he is being treated for non-life-threatening injuries from what is being labeled by police as an "accidental discharge" of a weapon.

Court security officers are responsible for maintaining safety and security within and around court facilities. They are specially trained to protect not only judges and staff, but visitors and defendants as well. They operate screening equipment and patrol courtrooms in order to maintain a controlled environment within the courthouse.

It is unclear if the feds will be taking over the investigation, since the incident happened on federal property.