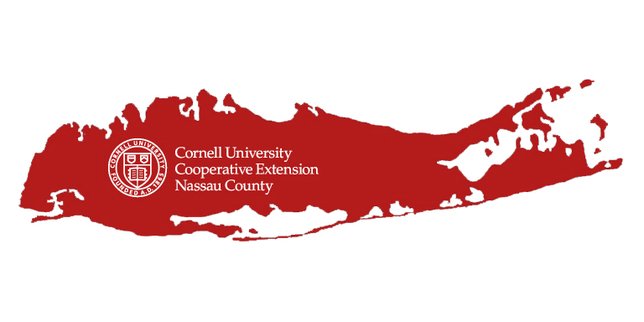 Almost 200,000 Nassau and Suffolk County residents receive some form of SNAP benefits presently, with a recent sharp increase attributed to the prolonged recession and exacerbated by Hurricane Sandy.  Federal disaster areas, like Long Island, are eligible to operate disaster SNAP  (D-SNAP) programs, but D-SNAP benefits are unavailable without a formal request from local social services (DSS) commissioners, who receive permission from USDA to operate a D-SNAP program.  According to Don Friedman, Managing Attorney of the Long Island office of the Empire Justice Center, “We were frustrated and disappointed that neither Nassau nor Suffolk County chose to make the request for the federal D-SNAP benefits.  These benefits could have provided crucial assistance to Long Islanders struggling to recover from the impact of Sandy.”

Kansas Republican Sen. Pat Roberts, former ranking Republican Ag. Committee member during the last Congressional session, rightly criticized enhanced subsidies for southern farmers, which, according to Sen. Roberts, would guarantee farmer profits are at least average or above average.  Sen. Roberts said, “I simply don't know how to justify a program that pays producers more than the cost of production and essentially becomes nothing more than another income transfer program, not a risk management tool.”  The House Agriculture Committee version of the “Farm Bill,” authored by its Oklahoma Republican Chairman, Frank Lucas, aims to eliminate food assistance to nearly 2 million low-income people, mostly working families with children and impoverished senior citizens.

Sen. Kirsten Gillibrand, the first Senate Agriculture Committee member from New York in a half century, called the proposed SNAP cuts, “immoral,” and promised to introduce one or more floor amendments to the proposed bill to restore funding for modest means families and senior citizens. Following Tuesday’s disappointing vote, Sen. Gillibrand said, “Just as important as the health of our agriculture industry is the health and nutrition of our children and families, I am deeply concerned with the drastic cuts this bill makes to SNAP that will literally take food away from hungry children, while protecting corporate welfare for insurance companies based in Bermuda, Australia and Switzerland who don’t need it. These are the wrong priorities.”

Sen. Gillibrand added, “Americans who rely on SNAP are not nameless, faceless people looking for a handout. They are children, hard-working adults, struggling seniors, veterans, active-duty troops and the families that stand by them.”

CCE-NC Executive Director, Laura Hunsberger, noted the 99-year-old Nassau County nonprofit is already struggling substantially due to its removal from the annual Nassau County budget. Hunsberger said, “public service nonprofits like CCE-NC are often among the last remaining links in the chain to prevent local residents from poverty, and even ending up on the streets.  Our bilingual SNAP nutrition education program has been teaching thousands of Long Islanders how to stretch their already limited food budgets without sacrificing nutrition.”  Hunsberger added, “Local seniors and working class families are barely getting by and the continued policy pressure on those who can least afford it is so troubling, and really raises some serious questions about our society’s priorities, especially in one of the wealthiest counties in America.  Longer term, these continued cuts will only have much higher social costs, and that bill will eventually come due.  At a minimum, we urge local officials to take the necessary steps to make D-SNAP programs available to those who are still suffering in Hurricane Sandy’s wake.  This isn’t ‘peanuts’ to Long Islanders in need.”

CCE-NC Nutrition Educator, Jennifer Colletti, added, “The work we do to help modest means families and struggling seniors make ends meet includes teaching people how to avoid high-cost, low nutritional value processed foods and use more affordable ingredients to prepare their own meals, with fruits and vegetables added to their diets.  We are extremely disappointed that elected officials would be so short-sighted to continue squeezing struggling families as a budget ‘solution,’ especially when Moody’s Analytics estimates that in a weak economy, $1 in SNAP benefits generates $1.70 in economic activity.  SNAP benefits pumped about $5.44 billion into New York’s economy in 2012.”

Hunsberger and Colletti are available immediately for media interviews and comments.

About CCE-NC
CCE-NC is committed to building healthy lifestyles and healthy communities by conducting educational programs that connect Cornell University resources to community needs for all people in the county. CCE-NC is an educational subordinate governmental agency association that provides research-based information and educational programs designed to build strong and vibrant communities.  CCE-NC has been educating and disseminating information since 1914, through funding and resources provided by Nassau County, New York State (through Cornell University), USDA, a variety grant partnerships, and direct financial support from generous donors who support our public service mission.