The Loyal Dog Ale House in Lindenhurst is doing its part for the relief efforts following Hurricane Sandy by hosting "Hops for Long Island" Red Cross fundraiser and supply drive. 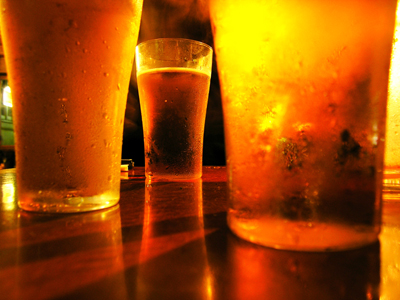 The Loyal Dog Ale House opened it’s doors to the community after Hurricane Sandy left many of its regulars without heat or electricity, offering a place to charge electronics and escape the cold.  The popular Lindenhurst bar with a zest for good beer is continuing to support the community with its Hops for Long Island hurricane relief event next Wednesday, beginning at 8 p.m..

Originally scheduled for this Wednesday, the Loyal Dog had to postpone the event due to the second devastating storm to hit the area in less than two weeks.
“We’re going to have volunteers organize donations in boxes.  We’re collecting clothing, supplies, food, whatever’s needed,” said Anthony Jacobs, who organizes events and promotions for the bar.
The event is encouraging $20 (and up) donations to the Red Cross, and in return patrons can enjoy three hours of open bar featuring draught beer and mixed drinks, as well as free food for everyone.
Jacobs, describing the current condition of the village, says that it continues to improve except for those residents south of Montauk Highway where extreme flooding left many homes unlivable.  Many residents lost vehicles as well, making travelling to feeding and comfort stations difficult for locals.
“We’re a community driven bar, people don’t have to travel far to get here,” Jacobs said.  “We just want to make sure we give back to the people in Lindenhurst.”
The Loyal Dog Ale House has been accepting donations for the past week, and if you’d like to donate but are unable to make the event on Wednesday, you can drop supplies off before and after the event.  “We’ll make sure it gets to the right place,” Jacobs said assuredly.
“Our arms are always open to the community, and it goes beyond business at this point,” Jacobs said, welcoming people who need someone to talk to or a shoulder to cry on to come to the Loyal Dog Ale House.  “People are cold, with nowhere to go, so we’re here with open arms.”
Here are other ways you can contribute to the Hurricane Sandy relief effort on Long Island.  Share your thoughts on this article by posting a comment below or visiting our Long Island Living discussion forum.