Nassau County police are trying to determine how confidential documents became the confetti used at the Macy’s Thanksgiving Day Parade last week. Manhattan Attorney Saul Finkelstein, attending the parade with his son, noticed what appeared to be Social Security Numbers on pieces of shredded paper, and notified authorities. 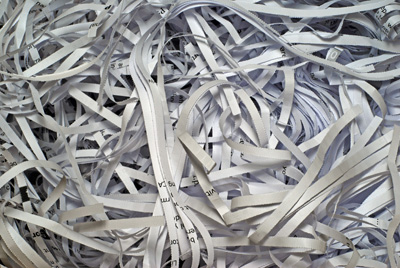 The confetti was identified as Nassau County police incident reports, and contained information such as banking data, phone numbers, Social Security numbers, and even information about Mitt Romney’s motorcade at the final presidential debate which took place at Hofstra University.
Finkelstein and his son, Ethan, grabbed handful of the shredded papers, which he said were everywhere, by the thousands.  Parade spectators were throwing the confetti at each other, according to Finkelstein, who said there were still pieces of confidential paperwork-turned-confetti on the streets as of Monday.
According to representatives of Macy’s, the confetti they use is commercially manufactured and multi-colored.  They never use shredded printer paper.
Nassau County police are now investigating exactly how the documents came to Manhattan and the department will be reviewing how it disposes of it’s paperwork.
Share your thoughts on this article by posting your comment below or by visiting our Long Island Living discussion forum.