In response to the bombings in Boston, this year's Long Island Marathon will include bomb-sniffing dogs, electronic surveillance, and a greater police presence. 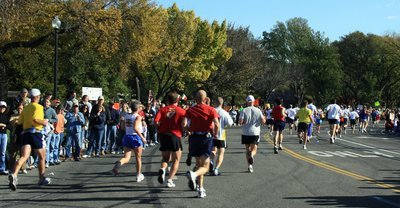 In the wake of the Boston Marathon bombings, Nassau County officials met on Wednesday to discuss a new security plan for the upcoming Long Island Marathon.

The director of the marathon, Jason Lipset, said that the increased security is especially necessary “for the runners, so they know they can feel secure.” 755 runners are already registered for the event, and hundreds more spectators will be present.

The meeting, which lasted about an hour, included dozens of state and county officials, race organizers, and Nassau County police officers who worked together to conduct an overall risk assessment and decide what security changes to implement.

“We’ll be deploying our bomb dogs and electronic surveillance, [as well as] sensor surveillance which typically we did not use in the past,” said County Executive Edward Mangano.

Police presence at the marathon will also be increased, as well as other noticeable and unnoticeable changes for the safety of participants and spectators.

The marathon, which will be held on May 5, is scheduled to start on Charles Lindbergh Boulevard in Uniondale near the Nassau Coliseum and will end at the Mitchell Athletic Complex.  There has been no word on whether the path of the marathon itself will be changed for safety reasons.

Since the dual bombings at the Boston Marathon that claimed the lives of three people, New York City, Nassau County, and Suffolk County police have been on heightened alert, and more police officers have been deployed on Long Island Railroad, Metro-North, and subway trains, as well as at various stations.  K-9 units will be patrolling some trains and stations, and riders can expect to be subjected to random bag searches.

The Federal Bureau of Investigations is still actively seeking the culprit in the Boston Marathon bombing.  The FBI recovered footage of a dark-skinned male dropping a black bag at the location where the second bomb went off which was corroborated using security footage from a nearby Lord and Taylor clothing store.

As of Wednesday evening, there have been no arrests made in the case.