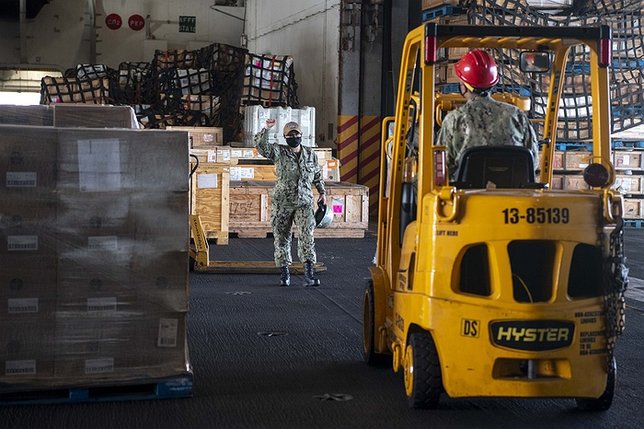 The USS Theodore Roosevelt was launched in 1984, and saw her first action during Operation Desert Storm in 1991.