Sandy: A Storm for the Record Books

Check out our Post-Hurricane Guide for Long Island for useful resources in dealing with Sandy's aftermath.

Sandy is continuing to work her way inland, but those in areas that have been hardest hit are finally able to assess the damages caused by the storm.  New York and New Jersey, where the storm came ashore with full force, were declared disaster areas by President Obama early Tuesday morning. 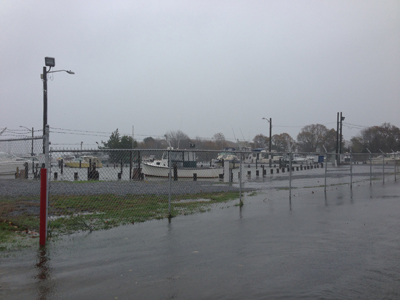 Gov. Cuomo, who has observed the damage in the area has said that Long Island was the hardest hit in New York.  “The South Shore of Long Island had some of the worst conditions I’ve ever seen. This is not going to be a short-term situation,” said Cuomo, warning that the recovery would be long.
LIPA's chief operating officer called Sandy "perhaps the largest disaster in Long Island history.
However, Cuomo had strong words for LIPA, which is currently estimating up to ten days to get power restored to its customers, saying that LIPA’s response in the past has been “inadequate” and that the company “has a very poor track record for restoring power.” 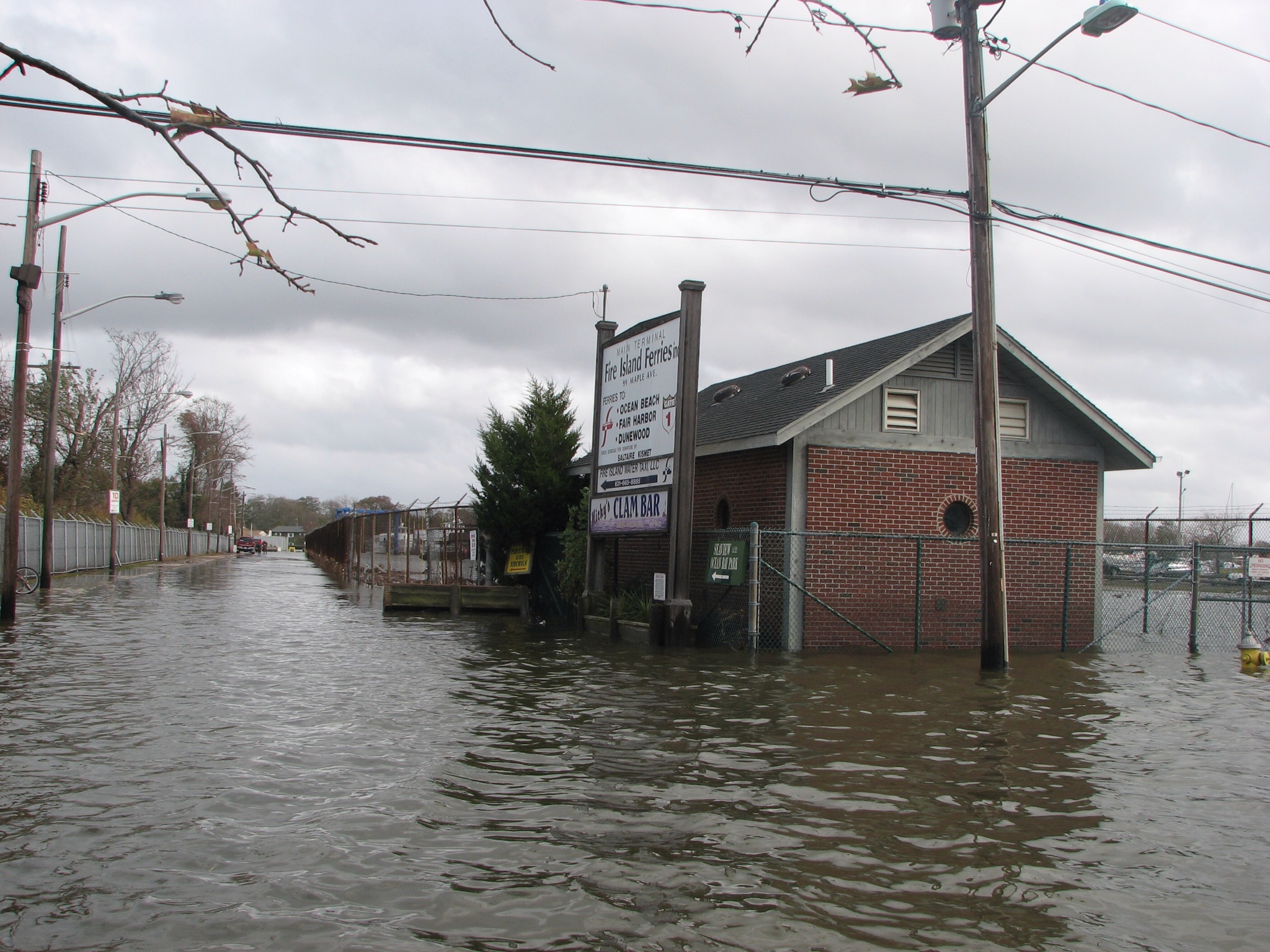 Four Long Islanders died during the storm, and 22 deaths were reported in New York City.
The Bay Park Sewage Treatment Plant has stopped working, and Nassau County residents west of the Meadowbrook Parkway are now under a conserve water order.
In order to keep a handle on crime, Long Beach issued a mandatory curfew that expired on Wednesday morning.
The Air Ntional Guard rescused 200 residents of Lindenhurst, where local fire departments had already rescued 100 due to the unprecedented flooding.

Most of the South Shore remained flooded throughout Tuesday on residential roads south of Montauk Highway, with flood waters approaching Main Street.  Islip andBabylon towns, with extensive damage on Fire Island and on the South Shore, are reported to have experienced the worst of the storm on Long Island.
The conditions in New York City rapidly worsened over the course of the storm, and Mayor Michael Bloomberg said the recovery is “going to take more time and a lot of patience.”  Hospital staff at New York University Langone made headlines by emergency evacuating their patients when the building lost power and began to flood rapidly.  The evacuation, which involved moving infant patients attached to manually operated respirators, wasn’t completed until 2:00 p.m. Tuesday.  Questions are now being raised about the delay in ordering the evacuation, and what caused the emergency generators to fail. 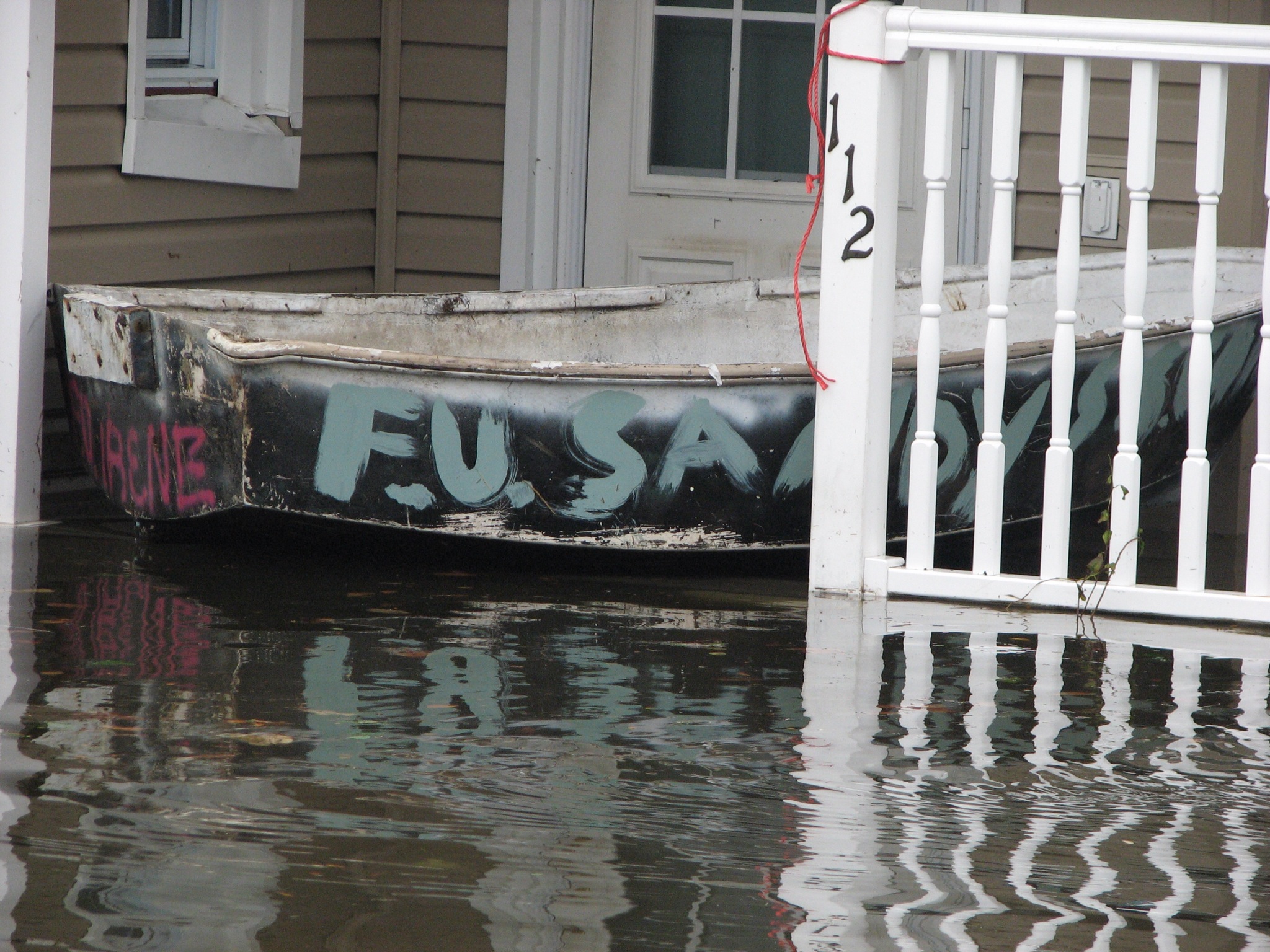 80 homes in the Breezy Point neighborhood of Queens were destroyed during the storm after being consumed by a massive fire.  Hundreds of other homes were flooded in the area, and others have reported that at least five homes were swept away by flood waters.  FDNY were unable to immediately respond to the first signs of fire because local station houses were also inundated with water.
While the bridges and tunnels have since reopened, with the exception of the Brooklyn Battery Tunnel, where record breaking 13 foot storm surges were recorded at the southern tip of Manhattan, and the Holland Tunnel.  According to Gov. Cuomo, reopening the tunnels connecting the city to Long Island and the mainland is expected to take slightly longer due to the unprecedented amount of salt water that flooded the city.
Stranded travellers and commuters will be able to begin taking flights out of JFK International Airport Wednesday afternoon.  LaGuardia remains closed due to wind damage.
Gov. Cuomo and Mayor Bloomberg are now using the damage from the storm as a springboard for talking about climate change.  At a press conference on Tuesday, Cuomo said, “The construction of this city did not anticipate these kinds of situations. We are only a few feet above sea level," implicating the possible need to construct levees in Manhattan.
Bloomberg said at a separate press conference on Tuesday, "What is clear is that the storms we've experienced in the last year or so around this country and around the world are much more severe than before. Whether that's global warming or what, I don't know, but we'll have to address those issues." (Photo credit: Thomas Gernon)
Six million people lost power and other utilities due to Hurricane Sandy.  Estimates for the storm’s damage are approaching $20 billion, including insured losses and economic impact.
Share your thoughts on this article by posting your comment below, or visiting our Long Island Living discussion forum.  Check out our Post-Hurricane Guide for Long Island for useful resources in dealing with Sandy's aftermath.