President's Signature Is All That's Needed for Sandy Aid

A $50.5 billion sandy relief measure has been approved by the Senate, and now awaits President Obama's signature. 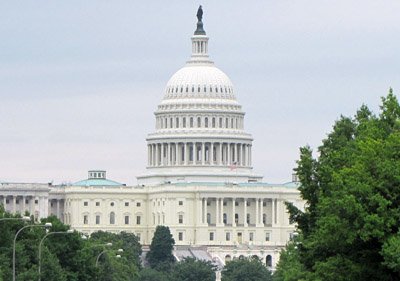 Now that Congress has approved a $50.5 billion emergency relief measure for Superstorm Sandy victims, all that is needed in the President’s signature.

The bill passed easily through the Senate on Monday by a vote of 62-36, the Associated Press reports.  The House passed the bill two weeks ago, following the New Year’s Eve fiscal cliff drama that forced Sandy relief to a back burner until after the 113th Congress was sworn in.
Fiscal conservatives have expressed opposition to the relief measure since the devastation and cost from the Oct. 29 storm became more clear.
Governors Andrew Governor, Chris Christie (New Jersey) and Dan Malloy (Connecticut) released a joint statement praising the passage of the bill, months after the storm caused billions of dollars of damage to the state:  “Despite the difficult path in getting to this moment, the Senate membership clearly recognized early on the urgency and necessity of approving the full aid package and its importance in rebuilding our battered infrastructure and getting our millions of affected residents back on their feet as quickly as possible.”
The governors also noted the “tenacious efforts” of their Congressional delegations, for “steering the Sandy aid package through their respective houses and bringing this aid home to their people."  Peter King (R-NY) expressed outrage at the House’s failure to bring the Sandy relief measure to a vote prior to the close of the 112th Congress, as the Senate had overwhelmingly approved the bill several days earlier.  He has been one of the most outspoken advocates from the Northeast in securing the necessary funding for New York.
The funding will help support homeowners, small businesses and government agencies that have been struggling the past three months as relief funds trickle in.
It is not yet clear when Obama will sign the bill, but he has vowed to do so as soon as "it hits [his] desk."
Share your thoughts on this article by posting a comment below or by visiting our Long Island Living discussion forum.