Where to See the Spectacular Peak of the Perseid Meteor Shower

The fantastic celestial show that is the annual Perseid Meteor Shower will peak next week, so be sure to find a great stargazing spot! 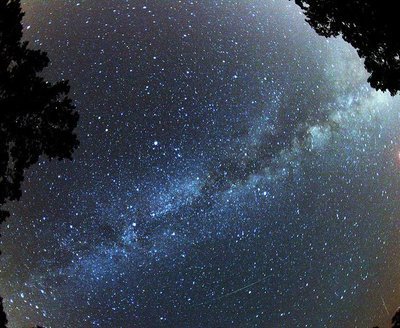 Amateur stargazers and astronomers alike unite – the Perseid Meteor Shower will be putting on a celestial show in the predawn hours of August 11, 12, 13, and 14. All you’ll need to enjoy the show is to stay up late or wake up early to spot some meteors!  Every year around the second week of August, Earth passes through the orbital path of Comet Swift-Tuttle, which leaves behind debris and comet dust, including the meteors that we call the Perseids.  A meteor, which is often called a “shooting star,” looks like a quick-moving bright streak in the sky, and can even appear brighter than the moon. If the sky is clear, stargazers can spot up to hundreds of meteors each night during the height of the meteor shower.

This summer, Jones Beach, Montauk Point, and Sunken Meadow State Parks will stay open for an entire night during the peak of the Perseids, but stargazers can also head to parks and fields for a good view of the night sky.  Plan to pack a light jacket, bug spray, and a towel, blanket, or reclining chair where you can get comfortable as you watch the sky.  To further get ready for the event, here are some tips and official Perseid-watching events to get you prepared for these unforgettable nights!

Observe the Perseid Meteor Shower from Jones Beach
1000 Ocean Parkway, Wantagh, NY 11793
516-785-1600
Free event
The West End II area will be open for viewing from the nighttime hours through early dawn, but visitors are expected to stay near their vehicles for stargazing.  No charge or permit is required for this event.

Observe the Perseid Meteor Shower from Montauk Point
2000 Montauk Highway, Montauk, NY 11954
631-668-3781
Free event
The Upper Parking Lot will be the designated spot for viewing the Perseids at Montauk Point. No charge or permit is required for this event.