A new poll was released Monday showing that 58% of Americans now believe that gay and lesbian couples should have the right to wed... 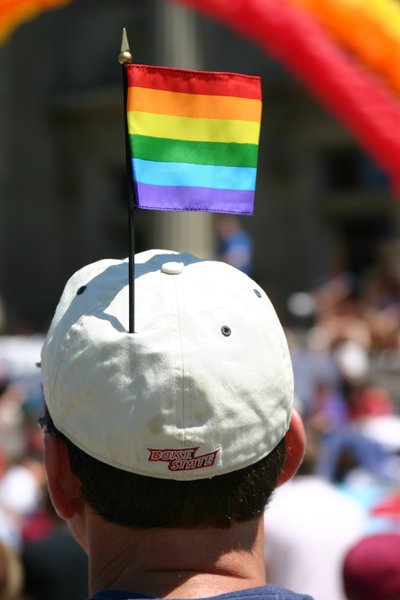 Support for gay marriage is up among women, men, whites, non-whites, every age group, Catholics, Protestants, Democrats, Republicans and Independents. A new poll was released Monday showing that 58% of Americans now believe that gay and lesbian couples should have the right to wed, showing a dramatic change from only a decade ago.

Today, same-sex marriage is legal in nine states. Maryland, Maine and Washington voted to legalize it in the November 2012 election. In February, the Pentagon extended benefits to same-sex couples within the limits of the law. President Obama also addressed marriage equality in his inaugural speech, appealing for gay Americans to be “treated like anyone else under the law” as well as encouraging the Boy Scouts of America to end its ban on gay members.

Not only has support for same-sex marriage reached a new high, but the intensity of this support is also at an all-time high. 41% of Americans “strongly” back gay marriage while only 30% “strongly” oppose it. In August of 2004 polls showed that 52% were “strongly” opposed to marriage equality and only 18% “strongly” supported it, according to reports by Politico.

The poll results come only days after Sen. Rob Portman (R-Ohio) announced his support for gay marriage, citing his personal support for his gay son and his hopes that his son to be able to enjoy the tradition of marriage, the same way the rest of his children will.

Former Secretary of State Hillary Clinton also announced that she would join her husband and daughter in backing marriage equality.

Most Americans believe that homosexuality is a trait and not a choice, with 62% believing gay is “just the way they are” and only 24% believing that it is “something that people choose.”

With 64% of Americans wanting same-sex marriage to be decided for all the states on the basis of the Constitution and only a third wanting that decision made on a state-by-state basis, the results have implications for the Supreme Court hearing on the Defense of Marriage Act.

The court is expected to hand down it’s decision on the Hollingsworth v. Perry appeal, dealing with California’s Prop 8 and the United States v. Windsor case, dealing with the Defense of Marriage Act over the summer.