A fracking study at the University of Texas links wastewater injection wells to increased seismic activity near existing fault lines.

Print Email
According to a University of Texas study published in the Proceedings of the National Academy of Sciences links wastewater injection wells at fracking sites to increased seismic activity.  The study is one of many that demonstrate the relationship between fracking wastewater wells and more frequent earthquakes near existing fault lines. 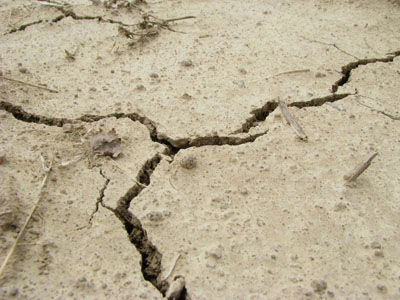 The study’s main researcher, Cliff Frohlich, focused on the Barnett Shale region of Texas and analyzed seismic data gathered from November 2009 to September 2011.  Frohlich’s research found that while the wastewater injection wells were frequently near the sites of small quakes, they did not always directly cause them.  Rather, Frohlich believes that wastewater wells near fault lines heightened the chances for seismic activity.
In April, the U.S. Geological Survey confirmed that the nation’s oil and gas boom had directly led to an increase in earthquakes in areas of the country where such seismic events were rarely witnessed.
The National Research Council warned earlier this year that the minimal risks posed by fracking itself were magnified when viewed in combination with wastewater injection wells, as well as the storage and carbon capture techniques associated with “clean coal” do create an increased likelihood for earthquakes to occur.
A British energy firm, Cuadrilla Resources, issued a report in 2011 linked the pressure resulting from the injection wells to minor seismic events.
While Frohlich’s study focused on the link between wastewater injection wells and earthquakes, other recent studies have reported drinking water contamination near fracking sites by methane leaks.  68 sites were tested in New York and Pennsylvania, and most were found to be contaminated by such leaks.  There is currently a fracking moratorium in New York State until research demonstrates the process can be done safely.
Share your thoughts on this article by posting your comment below or visiting our Long Island Living Discussion forum.