If you want to get your winter shopping done without fighting the crowds or leaving your Thanksgiving dinner, Cyber Monday is the perfect retail holiday. 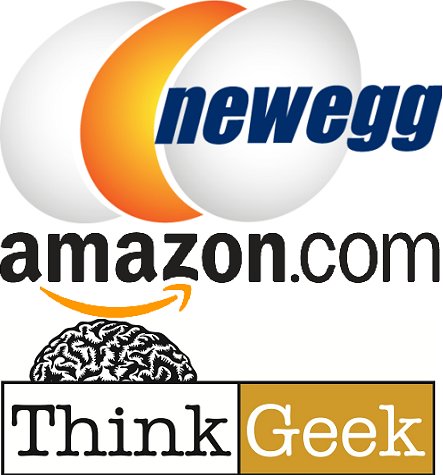 For decades enthusiastic shoppers have braved the ever increasingly fervent crowds on “Black Friday,” the retail shopping event held every year immediately after Thanksgiving. Early morning door-busters and promises of great sales throughout the day have spurred consumers to turn out in droves, many of them camping out in the cold for hours or even days to take advantage of discounted electronics, toys, clothes, and more.

In the last two years, the shopping frenzy has even pushed past the boundaries of Black Friday as many retail chains have decided to open on the evening of Thanksgiving itself.  Savvy shoppers who prefer to spend their holiday with friends and family don’t have to fret about missing out on all the great deals, however—since the mid 2000s an increasing trend of online shopping has led to the creation of “Cyber Monday.” Falling on December 2nd this year, this relatively young sales tradition is celebrated by non-physical retailers across the Internet, providing sales and discounts often comparable to or better than those given on Black Friday to web-enabled consumers, on the Monday after Thanksgiving.

Cyber Monday has become so successful that many brick-and-mortar retailers have even jumped on the bandwagon and started offering their own web-only sales to encourage pre-Christmas eCommerce. So if you want to spend Thanksgiving (or Hanukkah this year, for that matter) with your loved ones and still take advantage of some solid deals, look toward these websites for Cyber Monday sales!

Amazon.com
Amazon is one of the biggest names in Cyber Monday. In addition to its normal daily Goldbox deal, the site employs a series of “lightning deals” throughout the day. These promos are sort of the Internet equivalent of brick and mortar door-busters, going on sale at specific times and often selling out of inventory pretty quickly.

This year Amazon is offering $50 off the new Kindle Fire HDX, up to half off select digital cameras, $160-$170 off the Samsung Galaxy Note 10.1 tablet, and a whole lot more. Visit Amazon’s Cyber Monday page to find out what else is being sold at blowout pricing.

Tiger Direct
Specializing in computers, gadgets, mobile devices, and related equipment, Tiger Direct can be a techie’s dream on Cyber Monday. In the past they have offered steep discounts on printers, blu-ray players, hard drives, laptops, and televisions. Deals this year include a Galaxy Tab 3 7” tablet for just $129, $230 off a 10.1” Acer Windows 8 tablet, and $180 off an HP ProBook.

Newegg
Another favorite among tech-lovers, Newegg sells all sorts of smartphones, computers, video games, and electronics. It has also branched out into the appliance, bed and bath, automotive, sporting good, and jewelry markets, as well as other categories. Plenty of gadgets and accessories should be available on the cheap this year.

$150 off the Moto X
Motorola is discounting its unique, highly customizable, American-manufactured smartphone for Cyber Monday. The Moto X will be available for just $349 right from the company’s website, without a costly two-year carrier commitment.

Best Buy
Best Buy is very much a physical retailer, but as an electronics store it also tries to keep up with the latest tech and web trends. This year it will again be participating in Cyber Monday, so you can expect some steep discounts on TVs, computers, cameras, games, and even appliances. Just don’t visit the store expecting to get the same special prices—these deals will be online-only.

This year there is a special Nintendo 3DS bundle, half-off select Klipsch home theater speakers, and $1400 off a Samsung 4-door French door refrigerator.

PC Richard & Son
PC Richard & Son is a regional electronic chain headquartered right here on Long Island—in Farmingdale, to be more specific. For Cyber Monday they are offering $100 off a Samsung wireless laser printer, $100 off a Dyson upright ball vacuum, discounts on dozens of televisions, and much more.

Kohl’s
Like Best Buy, Kohl’s is a physical retailer, but has built a large web presence with its digital storefront and regular sales. Kohl’s will be participating in Cyber Monday, and can be expected to slash prices on clothing, shoes, apparel, and jewelry.

In addition to the sale prices, Kohl's is offering free shipping and an additional 20% off with the coupon code "CYBERSAVE."

Macy’s
Macy’s will be offering free shipping on purchases over $75 with the use of promo code “CYBER,” and have sales including 30% off impulse denim, 50% off select dresses and sweaters, 60-70% off Hotel Collection comforters, and 50% off specific coats.

Barnes & Noble
Barnes & Noble is in the minority of national retail chains which will be giving their employees a much needed day off on Thanksgiving this year, but its store doors will be open on Black Friday and its website will have plenty of sales on Cyber Monday. Discounts on Nook eReaders and tablets, books, eBooks, toys, and games are sure to be had.

This year the Nook SimpleTouch eReader is half off at $39, and the SimpleTouch GlowLight is only $50. Non-Nook purchases can save an additional 25% by using the coupon code "CMONDAY25" at checkout.

Both Google and Amazon are selling the complete 5 book set of George RR Martin's Song of Ice and Fire (also known as A Game of Thrones) series for $9.99.

New York State Parks
The New York State office of Parks, Recreation, and Historic Preservation has decided to offer its own special deal this year. Anyone who books a two-night stay (or longer) at a state campground using the online reservation system on Cyber Monday will be given a $25 camping gift card. Reservations through the 2014 Labor Day weekend are presently available.

Unlike Black Friday, there aren’t any newspaper circulars to leak ahead of time, so many of Cyber Monday’s sales will remain a mystery until they go live. To stay on top of all the savings, you can visit your favorite stores’ websites, peruse Retail Me Not or CyberMonday.com for highlighted deals, and check back here for updates!