Publisher Elseah Chea Pinned as a New Member of the 100 Black Men of Long Island, Inc

Publisher Elseah Chea was pinned as a new member of the 100 Black Men of Long Island, Inc. 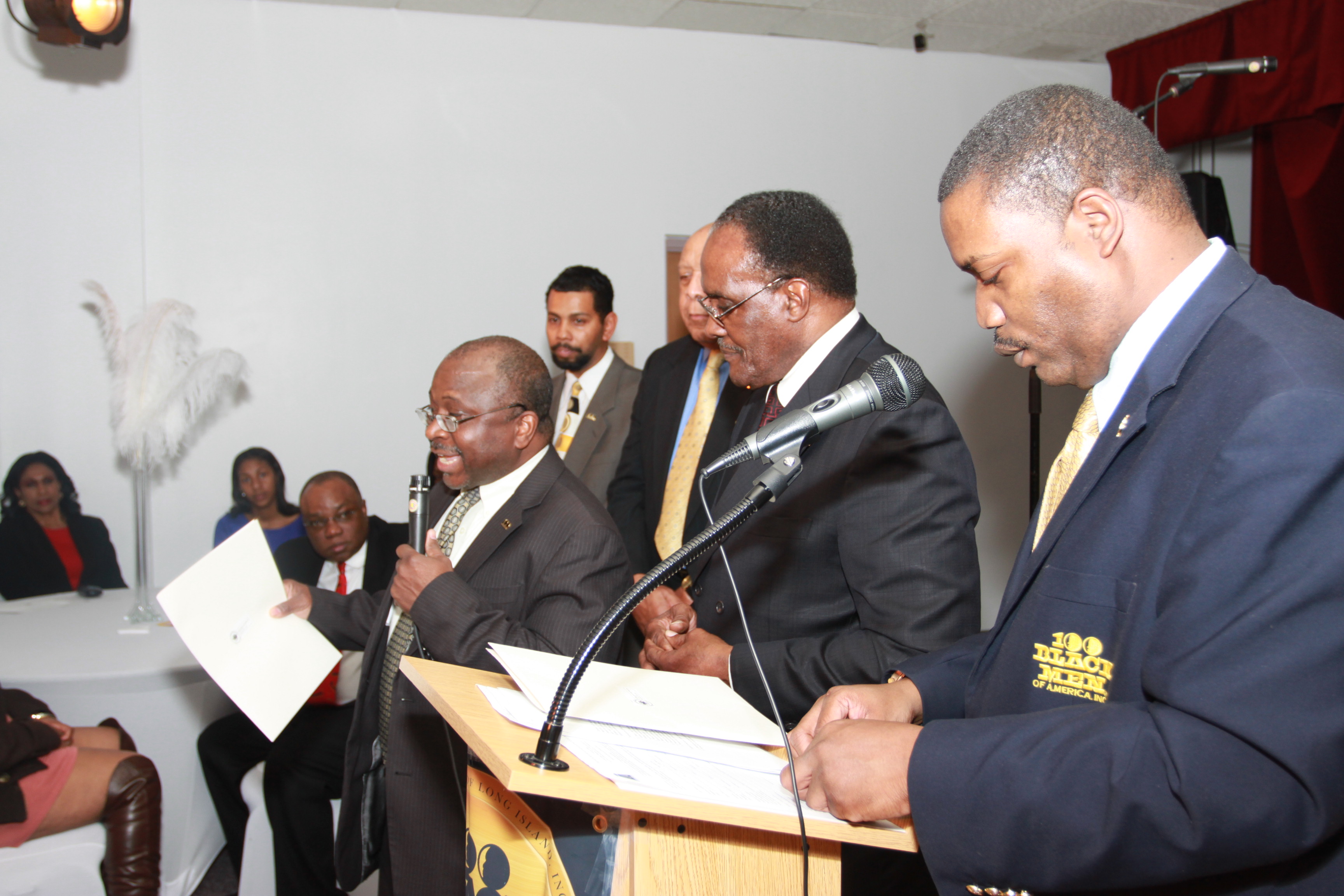 Chea, earned his bachelor’s in Liberal Arts (emphasis in English) from The City College of New York and his master’s degree in International Education from Teachers College, Columbia University. Mr. Chea has over 15 years’ experience in the newspaper business. He got his start as a student reporter for the Borough of Manhattan Community College student newspaper, the BMCC Voice, which he helped found as a student at the College from 1981-83. His first published article was an interview with the late civil rights advocate, Stokely Carmichael (aka Kwame Toure), whom he interviewed in 1981, and the interview was subsequently published in the student newspaper. Since then, Mr. Chea has published and/or edited an array of publications, including InterCulture, the Pan-African Herald, the Liberian Voice, and the Hempstead Horn. Currently, he oversees the production of Hempstead/Uniondale Times, Freeport/Roosevelt Times, the Lakeview Star, and the Long Island Dispatch newspapers.

An educator by profession, Mr. Chea teaches at Molloy College in Rockville Centre, NY. and York College of the City University of New York.  He also has had the distinction of serving as an adjunct instructor at several colleges, namely – Hostos Community College, Malcolm X—King College, Briarcliffe College, State University/Farmingdale, State University/Old Westbury, Borough of Manhattan Community College, and The College of New Rochelle/Bronx Campus. Mr. Chea taught language arts to grades 9-12 for the New York City Public School system. He also taught for a year (1986-87) at Holy Cross Elementary School/Bronx, where he named Teacher of the Year (1986-87).