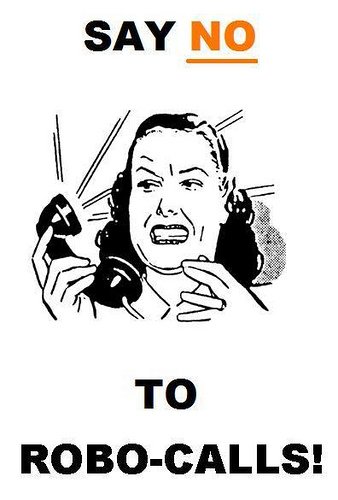 Washington, DC - U.S. Sen. Charles E. Schumer announced Monday the creation of new legislation that will impose much harsher punishment on telemarketing companies that continue to make unwanted automated calls in violation of Federal ‘Do Not Call’ legislation.

Telemarketing companies use computer software and automated dialing machines to randomly dial phone numbers and then either play a pre-recorded message or connect to a live person. Often, these are fraudulent calls placed to steal money from consumers. Some companies resort to “caller id spoofing” by deceptively displaying the number of a legitimate source such as a government agency, credit card company or bank.

Under the Do-Not-Call Implementation Act of 2003, the National “Do-Not-Call” Registry was put into effect in order to limit the number of telemarketing and robocalls by giving people a choice about whether or not they would like to receive telemarketing calls at home. Despite the fact that there are currently over 209 million phone numbers in the registry, the number of monthly robocall complaints received by the FTC rose from 65,000 in Oct. 2010 to between 140,000 to 200,000 this past August.

Under Schumer’s legislation, the use of automated dialing machines would go from being a misdemeanor punishable by a small fine and no jail time to a felony punishable by up to ten years in prison and $20,000 fines per call. Under current law, Schumer says, penalties are far too low and provide no incentive for deceptive telemarketing companies to comply.

“When it comes to the loophole-exploiting robocall industry, we need to fight fire with fire – and that means higher penalties, jail time, and better technology to fight the spammers who have ruined countless family dinners, sporting events, and other family gatherings,” said Schumer. “The Do Not Call list is a great idea that needs some updating to make it better suited to our modern world.”

Schumer also announced that existing exceptions to telemarketing laws will be included in his legislation such as charities and informational phone calls. Schumer said his bill will give FTC more tools to go after these fraudulent companies and said that harsher penalties on violating companies will decrease the number of unwanted telemarketer calls throughout the country.

In addition to stiffer penalties, Schumer, pointed to existing technology, such as “Nomorobo,” invented by Aaron Foss of Port Jefferson, that intercepts illegal robocalls before they reach a consumer’s phone, and called on the FTC, the FCC and phone companies to work together to develop the technology to prevent caller-id spoofing and to identify illegal robocalls before they get to consumers.