Schumer: For First Time, Chicken Processed In China Will Go On Sale In Us, Posing Major Health Hazar

With Tainted Food and Water In China as Massive Source Of Food Poisoning, Schumer Says USDA Must Be More Aggressive Than Ever Before In Enforcing Health Standards. 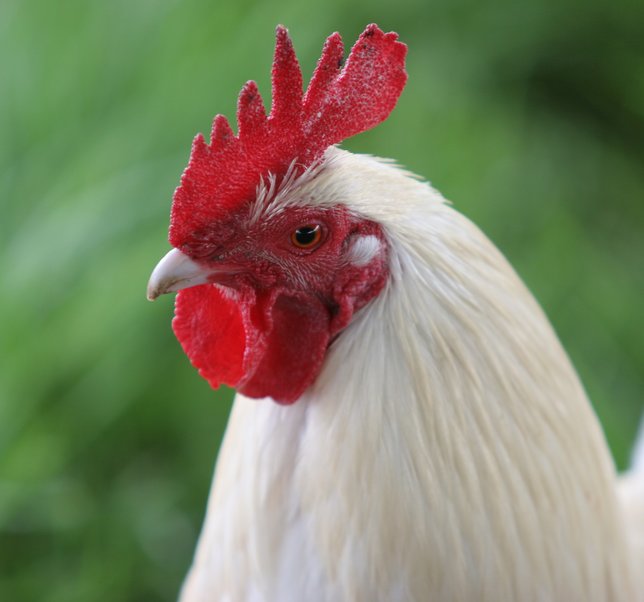 Albany, NY - September 16th, 2013 - U.S. Senator Charles E. Schumer today called on the U.S. Department of Agriculture (USDA) to take dramatic and immediate measures to ensure the safety of chickens processed in China and sold in the United States.  A new Department of Agriculture (USDA) rule will, for the first time, soon allow chickens raised in the United States to be processed at four plants in mainland China and then sold to U.S. consumers.  Schumer said that while the plants and processing methods have been deemed initially safe by the USDA, lax enforcement going forward could expose U.S. consumers to serious risk of food borne illness, especially given the appallingly poor food-safety track record of Chinese food products.

Schumer said the U.S. must take two immediate steps: (1) increase the number of on-the-ground audits and inspections of the Chinese inspection system and all Chinese facilities where meat is processed and (2) increased inspection of chicken meat shipped back to the United States with the highest level of scrutiny and frequency, to ensure meat is safe for consumption and originated in the United States.He pointed to the numerous and disturbing incidents of tainted food exported from China, including arsenic in calamari and rice, maggots in pasta, glass chips in pumpkin seeds.  Other examples include:

Schumer said that these measures should be required because of the serious history of food-borne illnesses stemming from food products originating in China.  He also pointed out that because no USDA country-of-origin labeling is required for food that is simply processed in another country, consumers will have no idea that their food has been processed in China.

“Given Chinese processors poor track record with regard to food-safety standards, the USDA should be taking every possible step to ensure that the chicken that ends up on our plates and in our McNuggets is safe – and raised right here in the United States – where we have significant oversight and safety standards,” said Schumer.  “Based on prior outbreaks and a pattern of violations, we know that there are real risks from eating meat raised in China, and we have to be vigilant to ensure that unscrupulous processors in China are not trying to take shortcuts while processing chicken from the U.S., and are not trying to substitute cheaper and less safe Chinese fowl.”

Recently, the USDA ended the U.S. ban on processed chicken imports from China and approved four Chinese chicken processing plants for sale back to the U.S. market.  The four plants are only allowed to process birds raised and slaughtered in the U.S., Canada or Chile.

The USDA’s Food Safety and Inspection Service (FSIS) issued the audit report on the Friday before Labor Day weekend. The report notes that USDA inspectors will not be required on the four sites to verify that only “approved” chicken is being processed. Additionally, because the chicken is being processed, a USDA “country of original” label will not be required on the food products.

China has been home to a number of serious food safety concerns. In March, thousands of dead pigs were found floating in a river in China that supplies drinking water. The incident occurred after a large crackdown on people selling diseased pigs.

In April, the World Health Organization announced that avian influenza (also known as bird flu) had been identified in a number of people in China. Travelers and Americans living in China were advised not to touch birds or pigs and to avoid live bird or poultry markets.

In May, sixty-three people in China were arrested for buying and selling rat, fox and mink flesh and selling it as mutton for $1.6 million.

Also since 2007, the Food and Drug Administration (FDA) has logged over 2,000 complaints about dogs becoming sick or having died from chicken-jerky dog treats made in China.

Schumer today called on the USDA to require on-site audits at the recently approved Chinese chicken processing plants and for increased re-inspection of all Chinese chicken meat re-entering the country. In the wake of numerous food safety concerns in China, Schumer made the case that increased inspections are necessary to make American consumers feel confident that the chicken being served in the United States is safe to eat. Schumer also urged the USDA to increase the number of random tests it conducts on the chicken when it arrives in the United States.

A copy of Senator Schumer’s letter to the USDA appears below:

I am writing to request information about the recent decision by the United States Department of Agriculture’s Food Safety and Inspection Service (FSIS) to grant equivalence of the Chinese food safety inspection system, which will allow for U.S. chicken meat to be processed in China and exported back to the United States. I would like to express my deep concern that American consumers will be put at risk over this decision because of China’s inadequate food safety track record. For that reason I am urging FSIS to conduct at minimum comprehensive annual audits of the Chinese inspection system and all approved processing facilities. Additionally, it is critical that FSIS honor its commitment to increased re-inspections of the Chinese processed poultry. Re-inspection should be carried out with the highest level of scrutiny and frequency to protect the safety of the American food supply.

As you know, the Chinese food safety system has had significant failures in the enforcement of its food safety laws and regulations. In 2008, the contamination of milk and milk products with melamine resulted in the death of at least four infants and in illness for hundreds of thousands more. The Food and Drug Administration (FDA) has also determined that thousands of U.S. pets consumed contaminated chicken treats made in China.

In a 2010 audit of the Chinese food safety system, FSIS found many issues with quality control. Some of the main issues that arose and which led to the original ban on processed poultry imports from China were not properly trained poultry plant workers, a lack of a proper Hazard Analysis and Critical Control Point (HACCP) system, and not testing for microbiological contamination. These testing systems did not directly address Salmonella or Listeria contamination. Without ongoing and adequate inspectors on site at these processing plants, there is no way to be certain that these recent issues do not still exist or will not reemerge.

China’s history of weak enforcement of food safety regulations and laws makes it deeply troubling that U.S. poultry will be processed in Chinese plants absent of onsite U.S. inspectors to guarantee that food safety laws and regulations are in fact equivalent to the United States. Consumers must be assured that not only is chicken processed according to U.S. standards, but that the chicken they consume does not contain any Chinese poultry and entirely comes from approved sources.

I ask that your staff provide mine with information about what additional steps can be taken to assure American consumers that this decision will not put American consumers at risk. In addition, I hope you will work to ensure that each step of this decision-making process is transparent and rigorous. The Chinese food safety system and Chinese poultry industry absolutely should adhere to high food safety standards. I thank you for your attention to this important matter and look forward to working with you and American consumers.