Donovan, joined by Senator Schumer, announces FHA will offer expanded options to help struggling homeowners at risk of foreclosure due to Hurricane Sandy. 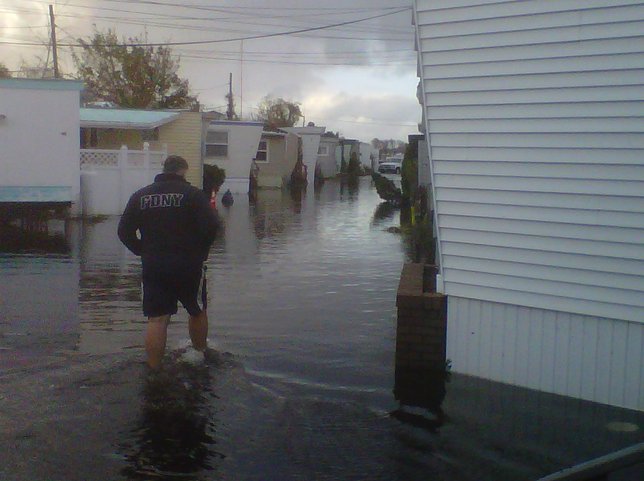 WASHINGTON – April 12th, 2013 – In an effort to expand relief to homeowners impacted by Hurricane Sandy, U.S. Housing and Urban Development Secretary Shaun Donovan, who also chairs the Hurricane Sandy Rebuilding Task Force, and U.S. Senator Charles E. Schumer today announced a series of additional measures to allow families to get back on their feet without having to face the prospect of foreclosure.

“As we work to rebuild entire neighborhoods, we can’t forget that homeowners need some breathing room as they put their lives back together,” said Donovan. “We recognize that families need relief, and by offering expanded forbearance and streamlined loan modifications, FHA is working to provide homeowners with an affordable and permanent mortgage solution.”

“This additional leeway could be a light in the darkness for almost 300,000 homeowners impacted by Sandy,” said Schumer. “Frequently banks will follow the cues of federal housing agencies and that’s what should happen here. The feds are blazing a path, and private banks should follow by allowing Sandy victims to defer payments for up to 12 months and allow them to pay back that year of payment over time, or at the end of the loan, not right away.”

In the aftermath of Hurricane Sandy, FHA, the Federal Housing Finance Agency (FHFA), Fannie Mae, and Freddie Mac put in place foreclosure and eviction moratoriums on the initiation or commencement of foreclosure actions against homeowners whose properties were damaged or destroyed due to Hurricane Sandy. In January they extended the moratoriums, which apply to homeowners in Presidentially Declared Major Disaster Areas eligible for individual assistance, through April 30, 2013.

The Federal Housing Administration (FHA) has already instructed FHA-approved lenders to make every effort to communicate with and assist affected borrowers in rebuilding or repairing damaged properties, minimizing delinquencies and retaining their homes.

In addition to relief offered through HUD’s Loss Mitigation Program, today, FHA is expanding forbearance relief for affected borrowers.  Under this policy:

Ø  Borrowers may suspend up to 12 months’ worth of mortgage payments while they repair their homes; and

Ø  After the forbearance period, borrowers may be eligible for an FHA streamlined loan modification to avoid large lump sum payments.


Up to 285,922 borrowers in the Sandy-affected areas who were eligible for forbearance relief as of February 28, 2013 may be eligible for an FHA streamlined modification.

This new loss mitigation option aligns with Fannie Mae and Freddie Mac (the Enterprises) to provide borrowers coming out of forbearance a streamlined loan modification that will not require a financial assessment.  FHA recognizes that borrowers who were current at the time of the disaster should be provided an expedient means of transitioning out of forbearance into a permanent mortgage solution.