Schumer: Violations of ‘Do Not Call’ List Are Exploding; Spammers Taking Advantage of Excessively Weak Penalties 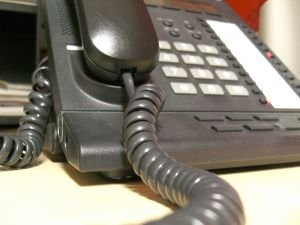 Washington, DC - November 25, 2013 - U.S. Senator Charles E. Schumer today announced he would be introducing legislation that will dramatically raise fines and impose harsher punishments on telemarketing companies that violate current Federal ‘Do Not Call’ rules.  Under these rules, companies are prevented from using machines that automatically dial numbers and then play pre-recorded telemarketing calls, unless given written permission by the recipient. Despite these regulations, the number of unwanted telemarketing calls, especially from these already illegal automated calling systems, have skyrocketed. As of August 2013, the FTC was logging 140,000 to 200,000 robocall complaints monthly compared to 65,000 in October 2010, according to published reports.

The FTC and FCC have attempted to crack down on such scam artists and robocallers, but have been hamstrung by the minor penalties they can impose.   In addition to seeking higher penalties, Schumer is also calling on the FTC, the FCC and phone companies to work together to develop the technology to prevent caller-id spoofing and to indentify illegal robocalls before they get to consumers.  Schumer said that existing technology, including “Nomorobo” – the winner of the FTC’s “Robocall Challenge” – should be better promoted so everyone has the tools to fight back.

“When it comes to the loophole-exploiting robocall industry, we need to fight fire with fire – and that means higher penalties, jail time, and better technology to fight the spammers who have ruined countless family dinners, sporting events, and other family gatherings,” said Schumer.  “The Do Not Call list is a great idea that needs some updating to make it better suited to our modern world. ”

One of the causes of the recent spike is the minor penalties against those who break the existing laws and use automated dialing machines.  This technology has evolved in recent years to allow even a single person to make millions of pre-recorded calls with the click of a mouse.  Under his legislation, the use of automated dialing machines would go from being a misdemeanor punishable by a small fine and no jail time to a felony punishable by up to ten years in prison and $20,000 fines per call.  In addition to being illegal, many of these automated calls involve scam artists and callers are often masked behind “caller id spoofing,” the practice of displaying a different number on the recipient’s caller id system.

Robocalls and pre-recorded telemarketing calls are phone calls that use computerized messages from telemarketing campaigns to deliver pre-recorded messages and automated dialing machines use computer software to randomly dial a phone number and then either play a pre-recorded message or connect to a live person. In many cases, these types of calls are made by fraudulent companies trying to steal money from the person on the other end of the phone. Many times, these calls are placed using “caller id spoofing.” Companies that resort to “caller id spoofing” can make the caller id display the phone number of a government agency, credit card company or bank. Under the “Truth in Caller ID Act of 2009,” this practice is illegal if used for the purpose of defrauding or otherwise causing harm.

Under the Telephone Consumer Protection Act, the current penalty for a company willfully using an automated dialing machine, pre-recorded telemarketing call or robocall for commercial purpose without express written consent of the consumer is up to $10,000.  The crime is a misdemeanor and rarely results in serious punishment or any jail time at all. Schumer noted that these penalties are far too low and provide no incentive for shady telemarketing companies to comply.

The National “Do-Not-Call” Registry, managed by the FTC, was implemented in 2003 after the Do-Not-Call Implementation Act of 2003. The registry is designed to give people a choice about whether they would like to receive telemarketing calls at home. It was created to limit the number of telemarketing calls and robocalls made to U.S. households. In order to register, one may log onto the “Do-Not-Call” website and their phone number will be permanently placed in the registry. There are currently over 209 million phone numbers in the registry.

Published reports suggest that the number of robocall complaints by U.S. consumers has increased from 65,000 in October 2010 to between 140,000 and 200,000 monthly as of this past August. The largest category of complaint was robocalls. Telemarketers are supposed to check the “Do-Not-Call” registry every 31 days to ensure that they do not call a newly updated phone number on the list. In 2007, over 65,000 telemarketers checked the registry, however, in 2011 only 34,000 telemarketers checked this list. If a person who is listed on the registry receives a telemarketing call, he or she can file a complaint on the “Do-Not-Call” website.

According to the FTC, there were 221,495 ‘do not call’ complaints in New York alone.

Schumer today unveiled new legislation that will drastically increase punishments for telemarketing companies that continue to make robocalls. Schumer’s bill will punish telemarketing companies that continue to willfully employ robocalls to dial cell phones or residential home phones at $20,000 per violation with up to ten years in prison. He announced the current exceptions to telemarketing laws will be included in his legislation such as charities and informational phone calls. Schumer made the case that his bill will give FTC more tools to go after these fraudulent companies. Schumer explained that harsher penalties on violating companies will finally decrease the number of unwanted telemarketer calls throughout the country.