Schumer to Insurers: Don't Save Money on the Backs of Homeowners

New York Senator Charles Schumer has issued a warning to insurers from charging hurricane deductibles to homeowners who are suffering from Sandy-related damage. 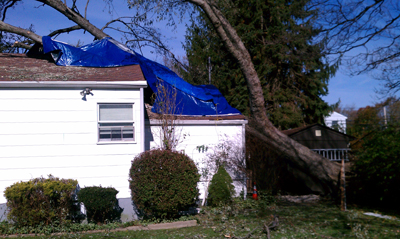 New York Sen. Charles Schumer warned insurers against charging homeowners hurricane deductibles for damage caused by Hurricane Sandy.  According to the National Weather Service, Sandy did not sustain hurricane force winds when she made landfall in New York, and is instead classified as a “post-tropical cyclone.”

The difference could save homeowners hundreds, or even thousands of dollars.  Hurricane deductibles typically require homeowners to pay between 1 and 5 percent of a property’s value, so that the owner of a house valued at $300,000 would have to pay $15,000 before receiving insurance payments.
Schumer warned the insurance companies from challenging the National Weather Service’s classification of the storm.  Officials in New Jersey, Connecticut, Delaware, Maryland, Pennsylvania, Washington D.C. and Rhode Island have also issued similar warnings.
“The state and federal government both classified this storm as a post-tropical cyclone, not a hurricane, and insurance companies shouldn't try to alter reality to save money on the backs of homeowners," Schumer said in a statement.
Gov. Cuomo has already issued an executive order prohibiting insurance companies from charging these deductibles, but insurance companies may still be able to sidestep regulations and impose the higher deductibles.
Homeowners suffering after Sandy have already been given a leg-up with the new rules that allow the homeowners themselves to document their losses, as opposed to having an adjuster inspect their homes.  This measure, which went into effect last Monday, is anticipated to expedite the process of bringing insurance funds to homeowners eager to rebuild their homes and resume their normal lives.
There has been criticism of these governmental measures.  Willem Rijksen, a spokesperson for the American Insurance Association, issued a statement saying, "This undermines the sanctity of the contract and could lead to uncertainty in the marketplace and potentially less capacity and choice for consumers down the road.”
Share your thoughts on this article by posting your comment below or visiting our Long Island Living discussion forum.