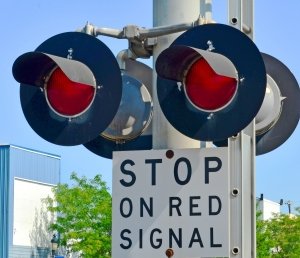 The 20-count indictment names a new defendant, who has fled the country, and features additional charges on all four original defendants.

Other new discoveries have also been made in the ongoing investigation of a scam that has compromised the personal financial data of thousands of customers who used bank cards at MTA Long Island Rail Road and MTA Metro-North Railroad station Ticket Vending Machines.

“This investigation is ongoing and the more we’ve looked, the more we’ve found,” DA Rice said. “Authorities are doing everything possible to protect the public and bring these defendants to justice; customers should also take precautions like covering their PIN numbers when using bank cards, not just on the railroad but at any location.”

“Our detectives have done incredible work in cracking this case, and they’re not done yet,” said MTA Police Chief Michael Coan. “As today’s charges show, this investigation remains very active and we are tracking down every lead. As we continue to probe how this crew of scammers tried to fleece our customers, we’re using what we learn to redouble our efforts to keep our customers safe and secure.”

Valer and Teodora Zaharia now face additional charges of Grand Larceny in the Third Degree and Conspiracy in the Fourth Degree. Their Identity Theft charge was also upgraded to the First Degree. Their original charges were Identity Theft in the Second Degree, Criminal Possession of Forgery Devices, and Unlawful Possession of a Skimmer Device in the Second Degree. The married couple were arraigned this morning, remain held without bail and are due back in court on Jan. 3 before Judge Robert Spergel.

Fellow Romanian national Cezar Nastasa, who fled to the United Kingdom on October 31 shortly after Husa, Petre and the Zaharias were arrested, is a new defendant in the case named in the grand jury indictment. He is charged with Grand Larceny in the Third Degree; Conspiracy in the Fourth Degree; five counts of Criminal Possession of a Forged Instrument in the Second Degree; two counts of Unlawful Possession of a Skimmer Device in the Second Degree; and two counts of Criminal Possession of a Forgery Device. There is a warrant for Nastasa’s arrest.

As part of the continuing investigation, MTA detectives found that the Zaharias were living in an apartment in Kew Gardens, when they originally told authorities that they lived in a hotel in Queens. Skimmer molds and pinhole cameras believed to be used to alter MTA Ticket Vending Machines; lists of skimmed numbers from the Stewart Manor, Merillon Avenue, and Sea Cliff LIRR stations; thousands of debit and credit card account numbers; and $52,000 in cash believed to be fraudulently obtained using stolen bank card information were found in this apartment.

An additional two Romanian nationals who were not charged but being investigated as possible suspects have also fled, to the United Kingdom via Las Vegas on Nov. 6.

DA Rice’s office is working with MTA Police, the Nassau County Police Department Crimes Against Property Squad, the Long Island Fraud and Forgery Association, federal officials and numerous banks in this ongoing investigation. The indictment also indicates that JPMorgan Chase has identified in excess of $30,000 in customer losses as a result of this scheme so far.  Bank of America and other banks and credit unions are also starting to identify customer losses from this scheme.

The Metropolitan Transportation Authority has launched a customer education campaign with a video, posters and literature on train seats, urging customers to safeguard personal information like PIN numbers when using ticket vending machines. Anyone who believes their personal information may have been compromised at an LIRR or Metro-North Railroad Ticket Vending Machine (TVM) should contact the MTA Police at 718-361-2201.

To guard against potential fraud, anyone who uses TVMs should follow these important tips from the Better Business Bureau and District Attorney Rice to safeguard personal information while using debit cards:

The case is being handled for the Nassau DA’s Office by ADA April Montgomery under the supervision of Diane Peress of the Economic Crimes Bureau.