Officers are investigating a car crash which resulted in the deaths of two unidentified victims. 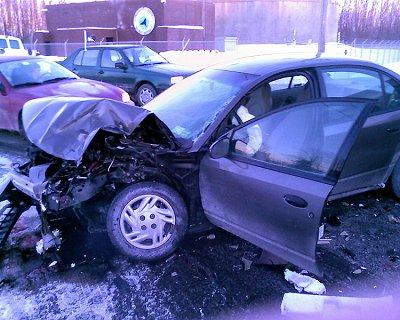 Third Precinct police officers responded after a 911 caller reported a vehicle crashed into a pole in front of 203 Grand Boulevard at 12:09 a.m. When officers arrived, the vehicle, which had been headed south on Grand Boulevard, was fully engulfed in flames. Police Officer’s Vincent Inzirillo and Matthew Rollman attempted to rescue the victims from the burning car but the intensity of the fire prevented them from reaching the victims.

Members of the Brentwood Fire Department responded and extinguished the fire. The two occupants of the vehicle were pronounced dead at the scene by a physician assistant from the Office of the Suffolk County Medical Examiner.

The bodies of the victims were transported to the Office of the Suffolk County Medical Examiner where an autopsy will be performed and identities will be determined.

Detectives are asking anyone with information on this crash or the identities of the victims to call the Third Squad at 631-854-8352 and anonymously to Crime Stoppers at 1-800-220-TIPS. All calls will be kept confidential.