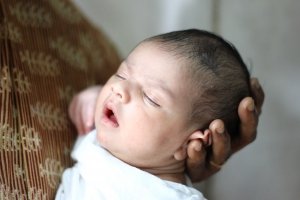 Mineola, NY - November 21, 2013 - In recognition of November as Prematurity Awareness Month, Nassau County Executive Edward P. Mangano and the March of Dimes announce that the dome of the Theodore Roosevelt Executive and Legislative Building in Mineola will be illuminated purple for the 15 million babies born prematurely worldwide each year. Statistics indicates that more than 1 million of these babies die, and many more face serious, lifelong health challenges.