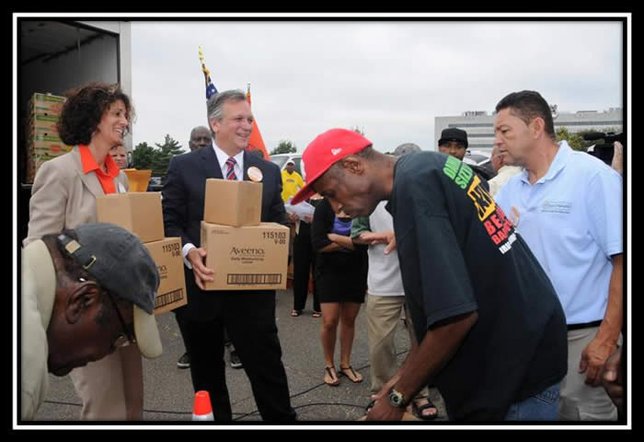 The County Executive has arranged for the dome of the Theodore Roosevelt Executive and Legislative Building to be illuminated in orange and he has coordinated the location of non-perishable food collection receptacles throughout County buildings.

“It gives me pleasure to once again partner with Island Harvest in helping motivate and increase donations so that no resident or family goes hungry,” said County Executive Mangano.

“Hunger Action Month is an opportunity for all of us to spread the word about the critical and very real issue of hunger on Long Island,” said Randi Shubin Dresner, President and CEO of Island Harvest. “And while hunger is a year-round concern, we are using September to raise awareness and encourage individual participation to help make sure that no one on Long Island goes without food.”