Landmark on Main Street is proud to present Roger McGuinn in the Pete Fornatale Memorial Concert on Tuesday, May 2, 2017. 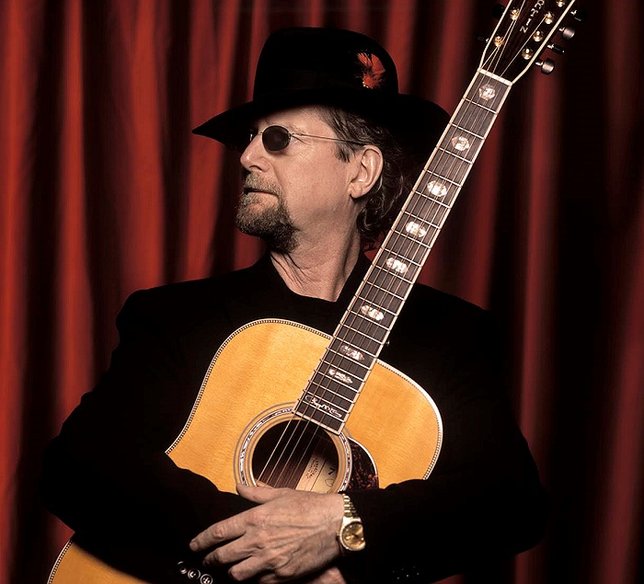 Port Washington, NY - November 18, 2016 - Landmark on Main Street is proud to present Roger McGuinn in the Pete Fornatale Memorial Concert at the Jeanne Rimsky Theater, Port Washington on Tuesday, May 2, 2017. The announcement is particularly timely as we approach the Thanksgiving holiday, with a portion of the proceeds from this event going to support Why Hunger and its work to end world hunger and poverty.

Headliner Roger McGuinn will be joined by special guest Willie Nile. Additional guest artists may be announced closer to the date.

As the founder of The Byrds, Roger McGuinn is firmly established as an indisputable industry icon. From his signature 12 string Rickenbacker sound, to his instantly recognizable vocals on hits like Turn,Turn,Turn, Eight Miles High and Mr. Tambourine Man, McGuinn didn’t just make music; he made history. That feeling continues today as Roger offers shows that are as mesmerizing and magical as ever. He delivers the gift of an evening with a mastery that is as intimate as it is spellbinding. He guides his audience along a journey of story and song, populated by the “old friends” they expect to hear, as well as some new acquaintances from the folk music that Roger so passionately embraces.

The New York Times called Willie Nile &quot;one of the most gifted singer-songwriters to emerge from the New York scene in years.&quot; His album American Ride won “Best Rock Album of the Year” at the Independent Music Awards. Willie has toured across the U.S. with The Who and has sung with Bruce Springsteen and The E Street Band. He is currently touring in North America and working on a new album. He lives in New York City.

Pete Fornatale, born in the Bronx, was a staple of New York radio for nearly 50 years. When he debuted his show Campus Caravan at Fordham University’s WFUV 90.7 FM on November 21, 1964, it was the first rock-and- roll show on New York’s FM band. He started at WNEW-FM in July of 1969 and there he became one of the architects of free form, album-oriented radio, and helped build an audience for such legendary acts as The Beach Boys, Poco, Roger McGuinn and many others.

He launched his weekend show Mixed Bag on WNEW in 1982, where he built his reputation as a great interviewer through one-on- ones with music luminaries like Elton John, Joni Mitchell, Paul Simon, Harry Nilsson and Leonard Cohen. He was known as a curator of memorable themed sets, and for the much emulated tradition of playing Arlo Guthrie’s Alice’s Restaurant every Thanksgiving. He also became a regular commentator for PBS programs, and a frequent master of ceremonies at rock and folk music concerts throughout the New York area.

He moved to WXRK, K-ROCK 92.3 for several years only to return to WNEW and then journey full circle by returning home to WFUV in 2001, taking Mixed Bag along with him.

When folk singer Harry Chapin partnered with radio DJ Bill Ayres in 1975 to create the non-profit Word Hunger Year, Pete was an early supporter who co-hosted WHY’s Hungerthon for many years and also served on the Board of Directors.

Over the years he wrote nine books, culminating with a trilogy about some of his favorite musicians: Simon and Garfunkel’s Bookends (2007), Back to the Garden: The Story of Woodstock (2009), and, finally, the posthumous 50 Licks: Myths and Stories From Half a Century of the Rolling Stones (2012).

Throughout his career, he achieved major recognition from his peers, winning the Armstrong Excellence in Broadcasting Award in 1983 and AFTRA's Media & Entertainment Excellence Award in February of 2012.

Pete passed away on April 26, 2012. He was 66 years old. He is survived by his wife of many years, Susan, and their three sons, Peter, Mark, and Steven, and his namesake granddaughter, Perrin. Mixed Bag lives on, in the capable hands of his long-time assistant and hand-picked successor, Don McGee.

Founded in 1975 by the late Harry Chapin and radio DJ Bill Ayres, WhyHunger is a leader in building the movement to end hunger and poverty by connecting people to nutritious, affordable food and by supporting grassroots solutions that inspire self-reliance and community empowerment. WhyHunger works to support, provide resources for and build the capacity of community organizations and social movements that are changing the systems, policies and institutions that perpetuate hunger and poverty in our world. Together we are transforming our collective food system into one that is socially and economically just, nourishes whole communities, cools the planet and ensures the rights of all people to food, land, water and sustainable livelihoods. Learn more at whyhunger.org

Landmark on Main Street is a not-for- profit community center and theater that enhances the spirit and enriches the communities of Port Washington and surrounding regions. Now in its 21st year, it is a unique confluence of local history, culture, recreation, arts and community services. The Jeanne Rimsky Theater is vibrant with concerts, lectures, shows, comedy, and community performances. Find Landmark on the web at www.landmarkonmainstreet.org

Tickets for Roger McGuinn: The Pete Fornatale Memorial Concert will go on sale to Friends of Landmark on Friday, November 18 and to the general public on Monday, November 21 through Landmark’s Box Office, 516-767- 6444 and online. Premium $70 (Friends $65), Select $60 (Friends $55), Standard $50 (Friends $45). A limited number of VIP tickets, including Premium seating, parking and a meet and greet with Willie Nile, are also available.*

*All ticket prices include a $2 facilities fee for capital improvements.