Dee Snider, singer, songwriter for Twisted Sister, actor and television and radio personality will once again lead thousands of motorcycle riders as part of his annual ride for charity on Sunday, September 7, 2014 at ... 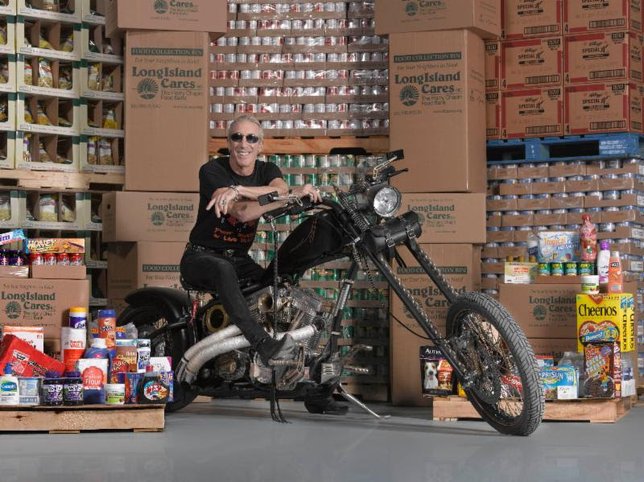 Long Island, NY - March 25, 2014 - Dee Snider, singer, songwriter for Twisted Sister, actor and television and radio personality will once again lead thousands of motorcycle riders as part of his annual ride for charity on Sunday, September 7, 2014 at the Town of Hempstead Lido Beach Park. This will be the twelfth year that Dee Snider has sponsored his popular ride, and the second year that the event will focus on fighting hunger on Long Island to benefit Long Island Cares, Inc., the regional food bank and hunger assistance organization founded by the late Harry Chapin in 1980. Last year, more than 1,500 riders and guests participated in Snider's ride, which is the largest event of its kind on Long Island.

"There are more than 320,000 Long Islanders in need of emergency food and community support services because of reductions in critical programs like food stamps, unemployment and other safety net supports," said Snider. "I've seen the work of Long Island Cares first hand and know how important their services are for families, children, and others who rely upon the assistance of charitable organizations just to get by. We're very fortunate that Harry Chapin had the vision to establish this great organization and food bank thirty-four years ago, and it has grown to meet the changing needs of our communities with some very creative programs like their satellite programs in Freeport and Lindenhurst, along with their mobile outreach units for our veterans, seniors, and the homeless. I'm very proud to continue Harry Chapin's great work and support Long Island Cares. I hope that many more people will join me on September 7th and fight hunger in our communities."

In addition to Snider leading the pack of riders, several of his celebrity friends will also be joining in to support the event including Fred Norris, WBAB morning show hosts Roger and JP, Jill Nicolini from CBS Morning News, and others that will be announced shortly. There are numerous sponsorship opportunities available for Dee Snider's Ride to Fight Hunger on Long Island including vendor space, entertainment, product displays, and more. According to Paule Pachter, Executive Director of Long Island Cares, "Dee Snider's Ride is probably the biggest block party on Long Island to fight hunger. The food, live entertainment and spirit of caring that Dee has created attract so many people including families and children that come together for a very good cause. We're very grateful to Dee and the Town of Hempstead for all of their support and we're very excited to be working with everyone involved in planning this year's event on September 7th."

Video of the 2013 Ride to Fight Hunger via Dee Snider's Official YouTube Page.