The 2015 Gold Coast International Film Festival has an exciting slate of films taking place starting tonight November 9 and running through Nov 15, 2015 in venues throughout the north shore of Long Island - ... 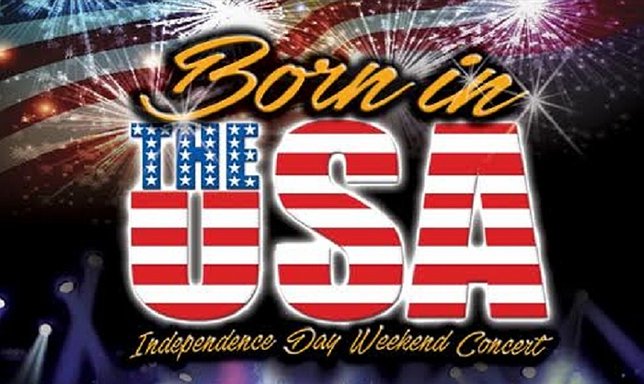 Long Island, NY - November 9, 2015 - The 2015 Gold Coast International Film Festival has an exciting slate of films taking place starting tonight November 9 and running through Nov 15, 2015 in venues throughout the north shore of Long Island - and once again – everyone’s invited to join us for an exciting week of films, parties, filmmaker Q&As, and glamour!

The Festival kicks off TONIGHT with an intimate conversation with award-winning writer, director and producer Morgan Spurlock (“Super Size Me”) being held on the campus of LIU Post on November 9, 2015. This event will include a special screening of Spurlock’s new short film CRAFTED.

The fifth anniversary of the Festival will feature over 60 films and dozens of filmmakers at screenings and events in venues throughout the Town of North Hempstead region, including Soundview Cinemas in Port Washington, the Bow Tie Cinemas in Great Neck/Port Washington/ Manhasset/ Roslyn, the Gold Coast Arts Center in Great Neck and the campus of LIU Post.

For tickets visit www.goldcoastfilmfestival.org.  The full list of films includes:

Long Island Premiere With remarkable thoroughness and compassion, director Matthew Fuller examines the everyday realities of autistic adulthood, showing how the members of this often-misunderstood community cope with the challenge of keeping romance alive over the years. “…A relatable and winning celebration of accepting the differences in others and in ourselves.”  Q&A with Pat Schissel, Asperger Syndrome & High Functioning Autism Assoc. and Kate Palmer, The Global and Regional Asperger Syndrome Partnership, Inc. Sat 11/14, 1:00pm, Soundview PW

FREE VETERANS DAY SCREENING FOR ALL AUDIENCES We honor our veterans, from all wars, with this screening of one of Hollywood’s greatest films, which tells the stories of three veterans returning home after WWII who have trouble readjusting to civilian life. Winner of seven Academy Awards in 1946, including Best Picture, Best Director and Best Actor. Wed 11/11, 1:00pm, Bow Tie Great Neck

THE BIRTH OF SAKE

In a world where most mass-produced goods are heavily

automated, a small group of artisans must brave unusual working conditions to preserve a 2000-year-old tradition that we have come to know as saké. A fascinating, absorbing look into what it takes to make world-class saké at Yoshida Brewery, a 144-year-old family-owned small brewery in northern Japan. Sat 11/14, 6:30pm, Bow Tie Manhasset

Long Island Premiere A crowd pleasing, screwball tragi-comedy featuring French moviestars and Michelin-starred cuisine. When Marithé, a professional career counselor, meets Carole, a rich ditz living in the shadow of her chef husband, the two form an unexpected bond. While the two both share a desire for something different and greater out of life, their motives end up being at odds with their friendship. Fri 11/13, 6:30pm, Bow Tie Roslyn

(DIS)HONESTY:  THE TRUTH ABOUT LIES

Presented in partnership with the Nassau County Bar Association

Lying gets easier the more you do it—that is, until you get caught.  This humorous and engaging documentary, inspired by the work of behavioral economist Dan Ariely, interweaves personal stories, expert opinions, behavioral experiments, and archival footage and creates a fascinating and insightful inquiry into why people lie and the very real effects it can have. Q&A with Director Yael Melamede and Ethics law experts Kevin Kearon, Esq., Steven Leventhal, Esq. and Omid Zareh, Esq.

Optional CLE credit will be offered at the event for practicing attorneys.

Long Island Premiere A delightfully dark comedy about a young aspiring filmmaker who comes back home to his unpredictable mom (Rene Russo) and unexpectedly starts an online documentary about his stepfather (Oliver Platt), an overweight alcoholic who was in an 80s one-hit-wonder band. Ironically, what started as a joke evolves into something else: a brutal, but often hilarious look at a flawed family coming to terms with the past and each other. Sat 11/14, 8:30pm, Soundview PW

New York Premiere This warm-hearted Swedish comedy follows Disa—40ish, a bit dumpy, and way too accommodating—who is stuck in a rut after her husband leaves her for a twiggy new model, and her mother and work colleague continue to boss her around. With the help of a new man in her life, she learns to take care of herself, but is she up for the challenge? Sun 11/15, 4:00pm, Soundview PW

The Recycled Orchestra, a youth group playing instruments made entirely out of garbage, is catapulted into the global spotlight when their story goes viral and is featured on 60 Minutes. This amazing and inspirational doc is a testament to the power of music and the resilience of the human spirit.

Sat 11/7, 7:30pm, Gold Coast Cinema at LIU Post
Presented in partnership with LIU Post Department of Music of the College of Arts, Communications, and Design

LISTEN TO ME MARLON

“The definitive Brando. In his own words.” Marlon Brando was one of the most acclaimed and influential actors of all time. Featuring exclusive access to Brando’s previously unseen and unheard personal archive, including hundreds of hours of audio, this film sheds light on the artist and the man. “The greatest, most searching documentary of an actor ever put on film.”  Sat 11/14, 3:30pm, Bow Tie Manhasset

New York Premiere A unique mix of comedy and drama in the story of an unlikely group of volunteers in the South of Italy who form a farm collective on land confiscated from a jailed Mafioso, who unexpectedly returns and is not pleased with what’s become of his property. Q&A with Fabio Troisi of the Italian Cultural Institute. Sat 11/14, 8:00pm, Soundview PW

Sponsored by the Katz Institute for Women’s Health of the North Shore-LIJ Health System.
New York Premiere Two-time Academy Award nominee Rick Goldsmith crafts an intimate profile of Chamique Holdsclaw, who became the best and most famous women’s basketball player on the planet until her career was derailed by depression and near-suicide. Since leaving the WNBA, she has become a powerful mental health advocate and role model. Q&A with Director Rick Goldsmith, WNBA superstar and subject of the film Chamique Holdsclaw and North Shore-LIJ Health System distinguished experts in psychiatry, sports medicine and women’s health.

Sponsored by the Amsterdam at Harborside

Long Island Premiere The New York State Pavilion, once the shining symbol of the 1964/65 World’s Fair, now sits as a haunting reminder of what became of the age of optimism. Through surprising and informative interviews, we learn the story of the Fair, from its glory days to its brief iterations as a 60s concert venue and 70s roller rink, to the years of neglect and the recent grass-roots restoration advocacy efforts. Q&A with Director Matthew Silva and Joseph Tirella, author of Tomorrow-Land: The 1964-65 World's Fair and the Transformation of America.  Thurs 11/12, 2:00pm, Bow Tie Great Neck Includes lunch before film at the Gold Coast Arts Center

THE MUSES OF BASHEVIS SINGER

Long Island Premiere In this poignant, eloquent drama, five sisters in a Turkish village play with boys while walking home from school. The perceived immorality of their play has unexpected consequences, and when the girls’ parents begin to turn their home into a prison, they must band together to fight back against the limits imposed on them. Direct from the Cannes Film Festival, and France’s official submission to the Academy Awards. Sat 11/14, 6:00pm, Soundview PW

Long Island Premiere Adapted from a story by Nobel-laureate Doris Lessing, My Friend Victoria is a complex, poignant portrait of a black woman in contemporary Paris whose destiny is shaped by France’s attitudes on class and privilege. This superbly acted, distinctly fresh take on racial identity is an acutely intelligent achievement by a director whose time has surely come. Sun 11/15, 1:30pm, Soundview PW

PARTNER WITH THE ENEMY

Long Island Premiere In the midst of the ever-fraught Israeli-

Palestinian political landscape, two women—one Israeli and one Palestinian—attempt the seemingly impossible: to build a business together. Suspenseful, moving, and not without humor, this is the story of a very special bond facing challenges of all shapes and sizes. Q&A with film subjects Anat Shelach and Rola Srouji  Thurs 11/12, 7:30pm, Bow Tie Great Neck Followed by dessert reception at LOLA

Winner of the Grand Prix at Cannes and lauded at festivals worldwide, Son of Saul tells the story of Saul Ausländer, a Hungarian prisoner at Auschwitz. While working in one of the crematoriums, Saul discovers the body of a boy he takes for his son, and decides to carry out an impossible task: save the child’s body from the flames, find a rabbi, and offer the boy a proper burial.  Wed, 11/11, 7:00pm, Bow Tie Great Neck

Long Island Premiere An inside look at an offbeat sport, Top Spin turns one of America’s favorite pastimes on its head and reveals a coming-of-age story where success and failure come down to mere millimeters. The film follows three fiercely committed teenagers as they battle their way through the world of elite, competitive table tennis and trade dreams of the prom and graduation for the Olympics and winning Gold. Q&A with film subject Michael Landers – who is from Long Island.  Sun 11/15, 4:30pm, Soundview PW

Long Island Premiere A delightful rom-com anchored by charming lead performances. In friendly yet frosty Maine, Hannah (Rebecca Hall) is trying to get over the death of her beloved folk-singer husband. When New York professor Andrew (Jason

Sudeikis) starts poking around with questions about her husband, she reluctantly agrees to partner with him on a book, opening up new chapters for both.  Fri 11/13, 8:45pm, Bow Tie Roslyn

A crime novelist receives a vital clue to the whereabouts of his long-missing fiancée, in this original, mind-bending mystery that pays homage to Hollywood film noir and the reality-twisting fictions of Jorge Luis Borges and Julio Cortázar. Sat 11/14, 8:30pm, Bow Tie Manhasset

WE ARE TWISTED F*CKING SISTER

US Premiere The mesmerizing, wickedly appealing, and never-before-told story of the first ten grueling years leading up to Twisted Sister’s legendary career, as they cross-dressed their way to headlining every club from Long Island beach bars to New Jersey bowling alleys, recounted by the band themselves, their managers and some of their most devout fans. Q&A with Director Andrew Horn and Twisted Sister members Jay Jay French, Mark “The Animal” Mendoza & Co-Manager Joe Gerber

WHEN I LIVE MY LIFE OVER AGAIN

About the Gold Coast International Film Festival
Over the past five years, the festival has brought the latest Hollywood hits and Indie favorites to standing room only audiences throughout the fabled Gold Coast of Long Island. Add A-list celebrities and unforgettable events to the mix and it’s easy to see why GCIFF has become the “go to” Festival for film buffs and the public (it is also the last major film festival on the East Coast before Awards season). The Festival is produced by the Gold Coast Arts Center.

About the Gold Coast Arts Center
The Gold Coast Arts Center is a not-for-profit 501(c)(3) organization dedicated to promoting and supporting the arts through education, exhibition, performance and outreach. For over 20 years we have brought the arts and arts in education experiences to tens of thousands of people throughout our region through our 1) School for the Arts, which offers year-round classes in all visual and performing arts to students of all ages and abilities, (2) Free public art gallery, (3) Concert and lecture series, (4) Outreach programs, which each year bring artist residencies, after-school programs, school assemblies, teacher training workshops and parent-child workshops to students, senior citizens, teachers and others in underserved communities throughout our region, (5) Year round film screening and discussion series and (6) Gold Coast International Film Festival, now in its 5th year. The Arts Center is an affiliate of the John F Kennedy Center for the for the Performing Arts: Partners in Education Program, and National Gallery of Art, both located in Washington DC.