Russell Crowe Gets a Hand from Coast Guard

Actor Russell Crowe was ferried back to Cold Spring Harbor after becoming lost while kayaking along the North Shore.

Actor Russell Crowe, along with a pal, was picked up by the U.S. Coast Guard off the coast of Long Island.  The pair had gotten lost while navigating the numerous harbors on the North Shore. 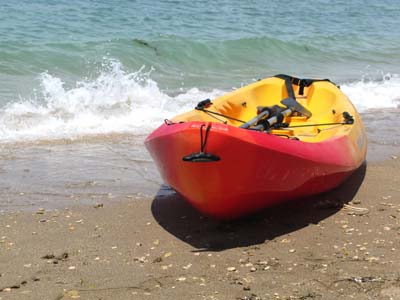 Crowe and his friend launched their kayaks from Cold Spring Harbor on Saturday afternoon.  They were out on the water until it became dark, and they beached their kayaks in Huntington Bay instead, 10 miles east of Cold Spring Harbor.
According to U.S. Coast Guard Petty Officer Robert Swieciki, Crowe spotted the Coast Guard vessel from the shore and called out to them.  The pair then kayaked out to the boat and caught a ride to the right harbor.  The two were safe the entire time, both were wearing life-jackets, and one Coast Guard officer, Robert Swieciki, said it seemed as though Crowe was an experienced kayaker.
“It wasn’t really a rescue, really, more of just giving someone a lift,” Swieciki told the Associated Press.
It’s a good thing Crowe has so much experience out on the water since he was was spending Labor Day weekend on Long Island as part of a longer stay filming director Darren Aronofsky’s new big-budget, biblical adaptation of Noah’s ark.  The movie is set to be released in March 2014.
Long Island authorities took water safety very seriously this Labor Day weekend.  For the first time this year, Suffolk County set up sobriety checkpoints out on the water to stop intoxicated boaters.  One East Northport boater was arrested around 11 p.m. on Sunday night near the Ocean Bay Park ferry terminal.  Nassau County police did not make a single BWI arrest this weekend.
Share your thoughts on this article by posting your comment below or visiting our Long Island Living discussion forum.