Tune into the Sounds of Film this Thursday at 6:00 on 90.1 FM, WUSB, to hear an exclusive interview with Twisted Sister's Jay Jay French. 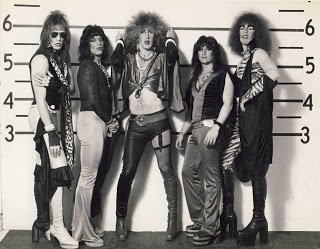 Port Washington, NY - October 27, 2015 - Tune into the Sounds of Film this Thursday at 6:00 on 90.1 FM, WUSB, to hear an exclusive interview with Twisted Sister's Jay Jay French.  He will be joining Tom Needham for an extended conversation about his new documentary We Are Twisted F***ING Sister.  The film will be screened at the upcoming Gold Coast International Film Festival on Friday, November 13, 2015 at 7:30 at the Bow Tie Port Washington Cinemas. The film focuses on the ten grueling years leading up to Twisted Sister's commercial breakthrough as they cross-dressed their way all over Long Island bars and clubs to super-stardom.

As part of a special WUSB Radiothon fundraising broadcast, Tom is also going to re-air some of his most requested Sounds of Film moments from the past year including interviews with music legends Dionne Warwick, Nile Rodgers and film composer Howard Shore.

The Sounds of Film is the nation's longest-running film themed radio show.  For over 27 years, the program has delivered a popular mix of interviews and music to listeners all over Long Island, parts of Connecticut and streaming live on the Internet.  Recent guests include Billy Joel, Reverend Jesse Jackson, director Rory Kennedy, Gasland's Josh Fox, Michael Moore, Darryl DMC McDaniels, Congressman Steve Israel and Jim Breuer.