County Executive Steve Bellone spoke at a conference contrasting the negative image of bikers with the charitable efforts of groups such as ABATE. 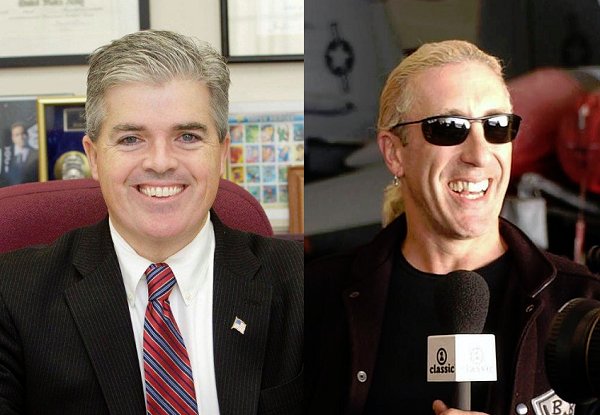 The Long Island chapter of ABATE (American Bikers for Awareness Training and Education) held a press conference at the Suffolk County Vietnam Veterans Memorial Park on Monday to condemn the recent headline-making actions of several motorcyclists on Long Island and in New York City, as well as to promote the positive works of many local riders.

In September of this year a group of motorcyclists were caught on video dragging a father from his SUV and brutally beating him on the Henry Hudson Parkway after he had hit one of them. Last month, officers arrested seven young riders for reckless driving on the LIE after receiving multiple complaints from other motorists.

ABATE emphasized its view that the overwhelming majority of motorcyclists are responsible people, actively engaged in improving their communities. Through various charity rides, the organization’s LI branch raised and distributed $50,000 to people and groups in need this year, all of which went directly into its respective causes through the help of volunteers.

As recently as Sunday, November 3, the group organized a charity run to bring food and toys to St. Mary’s Church of the Hampton Bays for distribution to impoverished families over the holiday season. 600 riders turned out to the event; it was just one of many such drives put together by ABATE.

County Executive Steve Bellone was in attendance at Monday’s conference, helping to spread the message that a few negative incidents do not reflect the motorcycle community as a whole.

“I have seen motorcyclists across this county… do some of the most generous acts of giving, of kindness, of incredible contributions to our community that have just really put me in awe,” he said. “You will not find a group of individuals that is more dedicated to our veterans than the motorcycle community.”

Lifetime Long Island resident and Twisted Sister frontman Dee Snider also spoke at the event, pointing out that only a small percentage of bikers were engaged in the unscrupulous behavior of the past two months.

“Those bad apples were a tiny part of a group of literally hundreds of riders who did absolutely nothing wrong—most weren’t even aware of what was going on,” said Snider. “That unfortunate event was the rarest of exceptions, but it casts a dark shadow on the millions of motorcycle riders—often frustrated and angered by the carelessness of automobile drivers—who never act out in a violent way.”

Snider also echoed the generosity of motorcyclists already expressed, noting that he engages in charity rides across the country on a regular basis. “I am continually amazed by the outpouring of bikers week after week for so many important causes.”

Other speakers included former Suffolk County Legislator Jack Eddington, who placed an emphasis on encouraging responsible driving for motorists of all sorts.

“We condemn any kind of aggressive driving whether it’s in a truck, a car, or a motorcycle—there is no difference,” he said. “We want safe driving and respectful citizens, and that’s what we’re going to continue to fight for.”

ABATE’s charitable rides will likely slowdown temporarily as the winter months approach, but the group plans to continues its support of veterans groups, social service organizations, and church fund raisers.