Massimino, born on Long Island, grew up in Franklin Square. 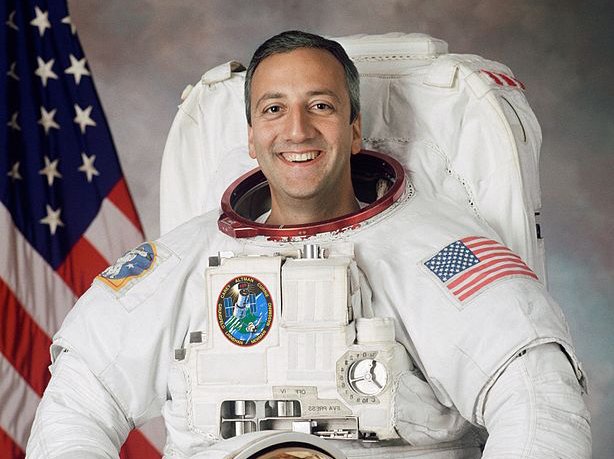 On Sunday, the Franklin Square Civic Association unveiled a banner to honor NASA astronaut Mike Massimino on a street in the town where he grew up named after him in 2016 by the Town of Hempstead.

Born in Oceanside and raised in Franklin Square, Massimino graduated from H. Frank Carey Junior-Senior High School. Obsessed with space since the moon landing in 1969, which he recalls in his New York Times best-selling autobiography, “Spaceman: An Astronaut’s Unlikely Journey to Unlock the Secrets of the Universe,” Massimino went on to become an astronaut aboard the space shuttle, completing spacewalks to repair the Hubble Space Telescope.

“Your story is incredibly inspiring,” said Nassau County Executive Laura Curran, who introduced Massimino and gave him a citation in honor of his accomplishments.

At the dedication ceremony Massimino thanked everyone for the honor.

“This is a great place to grow up,” he said.

He spoke about the struggles he had to overcome in his professional life; how working hard and not giving up was something he learned as a kid from Franklin Square.

“With all the hardworking people around me… working as hard as they could to build a successful life and a good home and community, that stayed with me,” he said. “That work ethic and that sense of community and not giving up and reaching out when you need help and giving help when you can.” 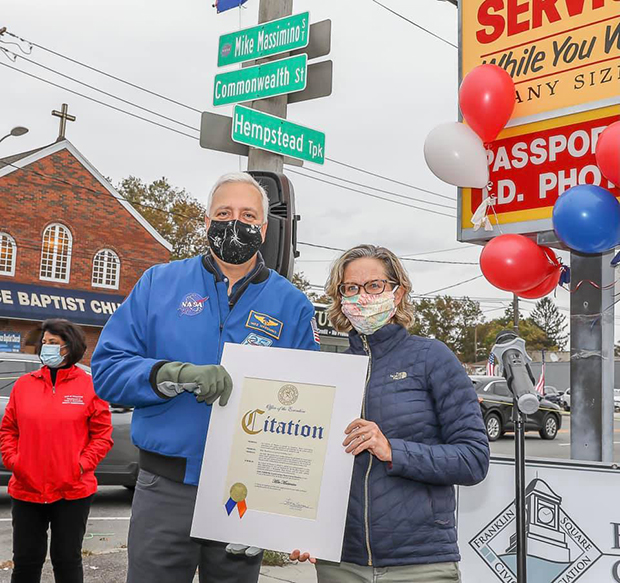 He described how he had to try three separate times to become an astronaut and persevered to accomplish his dream.

Massimino graduated from Columbia University in 1984 with an engineering degree, then went to Massachusetts Institute of Technology, for his Masters degree. He went on to become a NASA astronaut, was the first person to tweet from space, went on two missions to the Hubble Telescope, performing four spacewalks to make critical repairs. He has also appeared on numerous television shows, including a recurring role on the CBS hit comedy "The Big Bang Theory."

Massimino spoke about his spacewalks at the event and how inspired he was to see the earth from space.

“I have seen our planet from 350 miles up,” he told the crowd at the dedication. “It’s an absolute paradise that we are living in.”