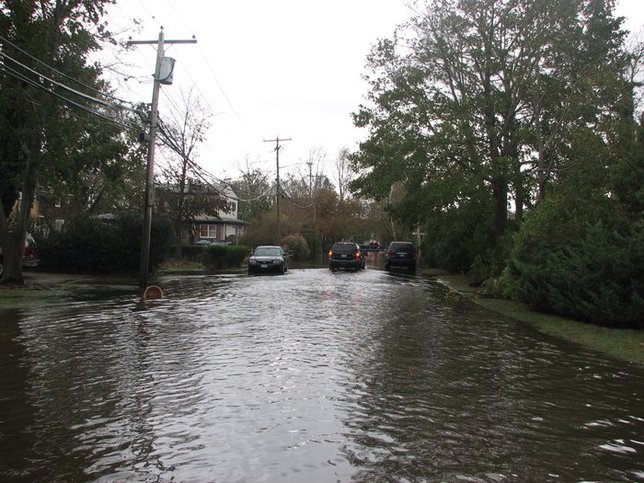 “Residents are just getting over the destructive force of Sandy and they should not now be forced to face the destructive force of unaffordable premiums as well,” said Schumer.  “We have to delay the implementation of Biggert-Waters until the Congressionally-mandated affordability study is done and measures are in place to assure affordability and adequate flood insurance coverage to genuinely at-risk areas.”

Delays the implementation of rate increases on the following three types of properties until FEMA meets two requirements:  1) completes the affordability study mandated by Biggert-Waters Flood Insurance Reform Act of 2012, proposes a draft affordability framework for Congressional review, and Congress has a chance to give FEMA affordability authority; and  2) the FEMA Administrator certifies that the agency has implemented a flood mapping approach that utilizes sound scientific and engineering methodologies to determine varying levels of flood risk in all areas participating in the National Flood Insurance Program:

1.      All homes and businesses that are currently “grandfathered.”  These are properties that were built to code and later remapped into a higher risk area.  Prior to Biggert-Waters, these policyholders were not penalized for relying on inaccurate FEMA flood maps.

2.      All properties that purchased a new policy after July 6, 2012, before they were legally required to purchase insurance.

3.      All properties sold after July 6, 2012.  New homeowners and business owners will continue to receive the same treatment as the previous owner unless they trigger another provision in Biggert-Waters such as Severe Repetitive Loss, non-primary residence, substantial damage, etc.

The measure requires FEMA to propose a draft regulatory framework to address any affordability issues identified by the study within 18 months after the completion of the study and establishes a six month period thereafter to provide for Congressional review.  The House and Senate would then hold up or down votes through a privileged motion on giving FEMA the authority to promulgate affordability regulations.  If Congress approves this authority, the targeted freeze set forth by this bill would continue until regulations are finalized.  If not, the freezes would be lifted absent other Congressional action.

Section 100236 of Biggert-Waters required FEMA to produce a study that considered the effects the Bill will have on affordability.  Strikes the arbitrary dollar amount on the affordability study to ensure FEMA has the funding required to complete it within two years of the date of enactment.

Allows FEMA to utilize the National Flood Insurance Fund (NFIF)  to reimburse policyholders who successfully appeal a map determination.  FEMA currently has the authority to reimburse homeowners for successful appeals of map findings, but Congress has never appropriated funding for this purpose.  Making appeal reimbursement an eligible expense of the NFIF would give FEMA the incentive to “get it right the first time” and repay homeowners for contributing to the flood risk body of knowledge.  Unsuccessful appeals would not be reimbursed in any way.

FEMA’s AR and A99 flood zone categories provide more affordable flood insurance to qualifying communities that are in the process of levee construction, reconstruction, and improvements.  Current regulations require a certain level of federal participation to qualify for either an A99 or an AR designation, and therefore prevent FEMA from giving communities fair credit for improvements made to existing flood control systems.  Proactive communities that invest in mitigation should not be penalized for self-financing flood protection projects.

SECTION 5. TREATMENT OF BASEMENT AREAS WHEN CALCULATING BASE FLOOD ELEVATIONS

Preserves the pre-Biggert-Waters basement exception allowing the lowest flood-proofed opening in a home to be used for determining flood insurance rates.  This affects 54 communities nation-wide where basements are necessary to protect homeowners and businesses from extreme weather.  Basements that have not been flood-proofed would remain subject to the effects of Biggert-Waters

Establishes a Flood Insurance Rate Map Advocate within FEMA to answer current and prospective policyholder questions about the flood mapping process.  The Rate Map Advocate will be responsible for educating policyholders about their individual flood risks, their options in choosing a policy, assisting property owners through the map appeals process, and improve outreach and coordination with local officials, community leaders, and Congress.

Homeowners with mortgages living in flood zones are required to have flood insurance, which for about 20 percent of properties has traditionally been subsidized or grandfathered at a lower rate by the National Flood Insurance Program (NFIP). Before Superstorm Sandy struck, a federal flood insurance reform bill, the Biggert-Waters Act, was passed as part of a larger legislative package. The Biggert-Waters Act was aimed at reducing, or phasing out, the federal NFIP subsidy at up to 25 percent a year, which would dramatically increase premiums for homeowners and businesses.