Consumers Urged to Use www.NYPolicyFinder.com to Check If They Are Entitled to Unpaid Benefits. 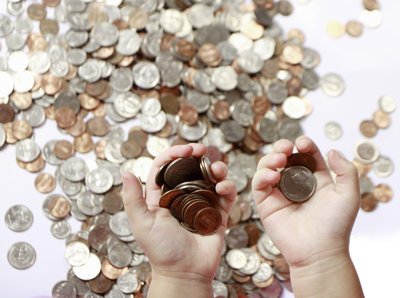 “As a result of this aggressive investigation, we have recovered hundreds of millions of dollars in life insurance benefits for thousands of families across the nation – including more than 25,000 New Yorkers,” Governor Cuomo said. “Going forward, we will continue these efforts to ensure consumers get every single penny they are entitled to.”

Benjamin M. Lawsky, Superintendent of Financial Services, said, “Our investigation revealed that the startling sum of more than $1 billion in unpaid life insurance benefits was sitting on the books of our nation’s insurance companies. The insurance industry did the right thing by stepping up and working with us to help fix this serious problem.”

A DFS investigation found that many insurance companies regularly received a list of recent deaths from the Social Security Administration but were not using that list to determine if a policy holder had died. That means if a family member did not know there was a life insurance policy or simply forgot to file a claim to the insurance company, that policy went unpaid. As a result, thousands of families did not receive life insurance benefits to which they were entitled.

Meanwhile, the investigation found that insurance companies often used the list of recent deaths to verify the status of people getting annuity checks, and, when a death was verified, the insurance company stopped the annuity payment.

As a result of its investigation, DFS directed insurers to use the U.S. Social Security Administration’s Death Master File to investigate policies for which no claims have been made and to find beneficiaries who are eligible for benefits but have not filed claims. New York was the first state to order the cross-check policy and issued a regulation to mandate this action in the future. In December 2012, Governor Cuomo signed into law legislation that makes permanent regular searches of records to identify when a policyholder died and to locate beneficiaries so that life insurance proceeds can be paid.

The more than $1.1 billion in recoveries to date include direct payments of more than $812 million to 113,559 consumers and $339 million of funds identified for “escheatment.” Escheated payments represent situations where beneficiaries or heirs cannot immediately be found. The unclaimed money is transferred to the state for safekeeping until heirs step forward to claim the funds. In New York, the $386 million in recoveries include more than $241 million in direct payments to 25,843 consumers and $145 million in funds identified for escheatment.

As a result of this investigation, the Cuomo Administration launched a free online Lost Policy Finder, www.NYPolicyFinder.com, which was developed in partnership with the insurance industry, to help New Yorkers locate lost or misplaced life insurance policies and annuity contracts.

Superintendent Lawsky said, “We continue to urge consumers to check our website at www.NYPolicyFinder.com  to see if they may be entitled to unpaid funds. Your family may be in line for a sizable life insurance payment and not even know it. We want to make sure we do everything we can so that consumers receive the unpaid benefits for which they’re eligible.”

To view a copy of the report on this investigation, go to: http://www.governor.ny.gov/assets/documents/finalunclaimedlifeinsurancebenefitsinvestigationreport.pdf