Schumer to Homeowners’ Insurance Companies: Do Not Abandon LI

After receiving numerous complaints from Long Islanders who have been dropped from their homeowners' insurance after Hurricane Sandy, Schumer is calling on the companies to restore their coverage or be penalized by FEMA. 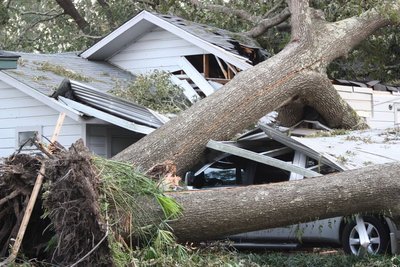 This week, Senator Charles Schumer is drawing attention to the number of insurance companies that are dropping coverage for Long Island homes – even those that were not affected by Superstorm Sandy.

According to Schumer, homeowners are being forced to buy policies from the “excess lines” market which costs double or triple the price of policies in the “standard market,” and includes more restrictions.

Senator Schumer is urging insurance companies to stop canceling policies and to restore coverage to Long Islanders who were previously covered.  If the insurance companies continue to revoke coverage from Long Island and offer high-priced policies as the only alternative, Schumer has asked the Federal Emergency Management Agency (FEMA) to penalize the companies by keeping them from participating in the lucrative National Flood Insurance Program.

As part of the National Flood Insurance program, the agencies sell policies for a fee and pass the risk on to the government.  Schumer is asking FEMA to limit the fee they charge, or to limit their participation or keep them from participating altogether.

“It’s bad enough that homeowner insurance policies are limited on Long Island, but now – with precious little  justification – policies are being dropped left and right, even for those who paid all their bill on time and had little-to-no storm damage” said Schumer in a press release. “Many of these homeowners were not even affected by Superstorm Sandy and now they’re being forced into extremely expensive plans. These insurance companies should not leave Long Island families and the federal government holding the bag and so today I am urging them to put a stop to these policy cancellations.”

Complaints regarding insurance companies dropping their coverage or driving up prices have been heard from residents in Oceanside, West Babylon, and Southold, among other towns.

According to Bloomberg, homeowners issued $18.8 billion in claims after Sandy, making the storm the third most expensive in U.S. history.

Update: In a statement issued by Allstate, a representative said the following:
“Allstate is currently writing homeowners policies on Long Island and throughout New York and we are committed to serving the insurance needs of New Yorkers.”