An officer was critically injured on Partridge Lane in Huntington on Monday, September 22, 2014 at approximately 1:35 p.m. 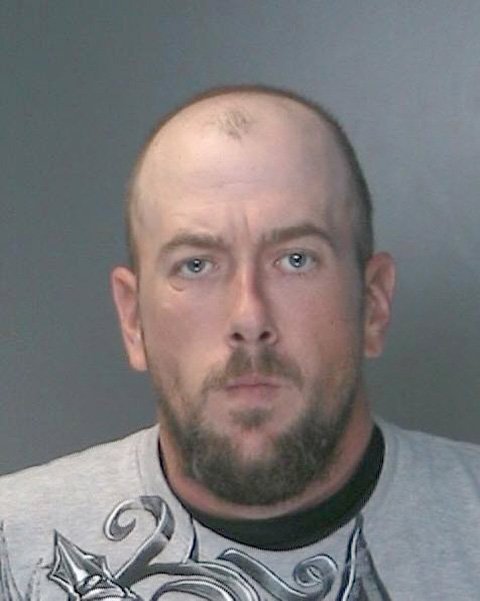 Update - September 23, 2014 - 9:00 PM - Suffolk County Police Officer Nicholas Guerrero underwent a neurosurgical procedure today and remains in critical but stable condition in the Neurosurgical Intensive Care Unit at Stony Brook University Hospital.
Update - Setember 23, 2014 - Suffolk County Police Department arrested two suspects yesterday following an incident in which a police officer was critically injured in Huntington.
Chad Morizsan (pictured right), 34, of Ridings Gate, Northport, has been identified as the driver of the vehicle that struck and critically injured Second Precinct Crime Section Police Officer Nicholas Guerrero.
Morizsan has been charged with the following crimes:
In addition, a passenger in Morizsan’s vehicle has been arrested in this incident. Nicholas Franzone (pictured below), 22, of Ridings Gate, Northport, has been charged with Unauthorized Use of a Motor Vehicle for his role in the carjacking incident.
These incidents and related events are being actively investigated by the Suffolk County Police Department and the Suffolk County District Attorney’s Office. It is anticipated that further charges will be forthcoming.
Morizsan and Franzone are being held overnight at the Second Precinct and are scheduled to be arraigned today at First District Court in Central Islip.
Detectives are asking anyone who may have witnessed these incidents or has further information to contact the Vehicular Crime Unit at 631-852-6555 or call anonymously to Crime Stoppers at 1-800-220-TIPS.
Original Release - Huntington, NY - September 22, 2014 - Suffolk County Police Vehicular Crimes Unit detectives are investigating an incident that critically injured a police officer in Huntington this afternoon.
Second Precinct Crime Section Officers Nicholas Guerrero and Officer Heriberto Lugo initiated a vehicle stop on Partridge Lane in Huntington at approximately 1:35 p.m. While attempting to speak to the occupants, Officer Guerrero and Officer Lugo were struck by the vehicle which then fled the scene.  A short distance away, the driver of the vehicle hit another vehicle and fled. At approximately 1:50 p.m., the suspect forcibly stole a vehicle from a woman on Dovecote Lane in Commack. A broadcast notification was made and the suspects were located and arrested inside the Target, located at 160 North Research Place, Central Islip.
Officer Guerrero, 36, who has been with the department four years, was transported via Suffolk County Police helicopter to Stony Brook University Hospital.  He was listed in critical condition with a very serious head injury. Officer Guerrero is being monitored in the hospital’s Neurosurgical Intensive Care Unit.  Officer Lugo was transported to Stony Brook University Hospital where he was treated and released.
“Officer Guerrero is a very hardworking, dedicated, well-respected member of police department,” Suffolk County Police Commissioner Edward Webber said. “He joined the SCPD in 2010 and because of his excellent interviewing skills, investigative abilities and strong ability to interact well with the public, he was assigned to the Second Precinct Crime Section after only four years.  He is a true professional. Our thoughts are with him and his family and we pray for his full recovery.”
“Each and every day the brave men and women of the Suffolk County Police Department risk their own wellbeing to protect the residents of this County,” Suffolk County Executive Steve Bellone said. “Officer Guerrero is a true public servant whose bravery, valor and devotion to the job have earned him the highest respect from his superiors and fellow officers alike.  It is a travesty anytime a police officer is hurt in the line of duty. Suffolk County's thoughts and prayers are with Officer Guerrero and his family.”
The investigation is continuing.  Further details will be forthcoming.