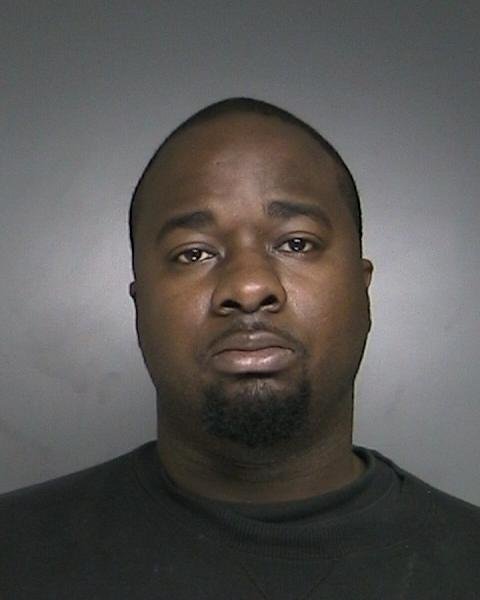 Below is the original release and update.

Two groups of individuals met at Prospect Street and Ridge Avenue at approximately 12:30 p.m. on April 23 for a pre-arranged drug sale. The individuals who were attempting to buy the drugs displayed a weapon and stole marijuana from the sellers.
The robbers fled in an Acura MDX and were chased by the other subjects, who were driving a Volvo S60, for a short distance before the robbers crashed their vehicle at Suffolk Avenue and Allyn Drive. Following the crash, one occupant of the Acura fired shots at the occupants of the Volvo. No one was struck.
Guillermo Quinones (pictured below), 24, of 231 West 4th St., Hazelton, PA, was charged with Robbery 1st Degree and Rene Barahona, 25, of 5441 Almeda Ave., Arverne, NY, was charged with Robbery 1st Degree and two counts of Criminal Possession of a Controlled Substance 7th Degree.
Detectives are continuing the investigation and anyone with information is asked to call the Third Squad at 631-854-8352.
A criminal charge is an accusation. A defendant is presumed innocent until and unless proven guilty.