Police Fatally Shoot Armed Suspect on a Tractor in Calif.

Ryan Carnan is believed to have killed his mother before being taken down by police in Simi Valley. 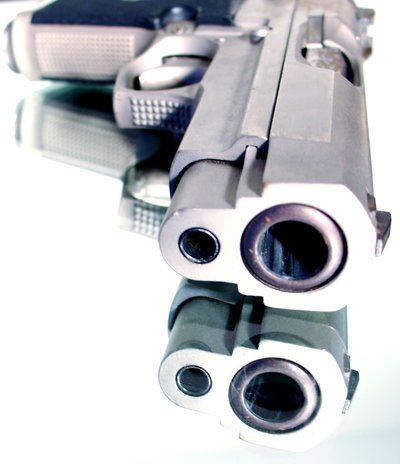 Police in southern California say that on Saturday afternoon they shot and killed 29-year-old Ryan Carnan, who was riding down the street on a tractor in Simi Valley armed with a gun. Carnan allegedly killed his mother and tried to burn her house down before the confrontation with police.

Police first learned of Carnan’s mother’s death after a phone call from his brother, reporting the killing as well as a house fire. They soon began receiving more calls from residents of a neighborhood, where Carnan was riding a tractor and firing a handgun.

The incident prompted police to evacuate homes in the neighborhood, which is about 30 miles from Los Angeles. The bomb-squad was also called to the scene.

According to NBC News, the police officers were put in a “deadly force situation” when they confronted Carnan in the neighborhood of Bridal Path.

“Based on the information that was being received by the 911 callers that a subject was actively shooting a firearm in a residential neighborhood, the heroic actions of the officers involved cannot be understated,” a press release from the Simi Valley Police Department said.

While dispatchers were responding to the scene in Bridal Path, police found a woman’s body at Carnan’s mother’s home. Police later identified the body as belonging to Carnan’s mother, and they believe that Carnan was responsible for her death.

Carnan’s brother told police that he received a phone call from the suspect, and his brother confessed to shooting their mother.

After the shootout and the fire was put out, bomb-squad officers checked the home as a precautionary measure.

The officers involved in the shooting are currently at home on paid leave as the incident is being investigated by the Simi Valley Police Department and the Ventura County District Attorney’s Office.