Police are trying to find the suspect in a deadly shooting on Thanksgiving; Police arrested the suspect from a hit-and-run in February. 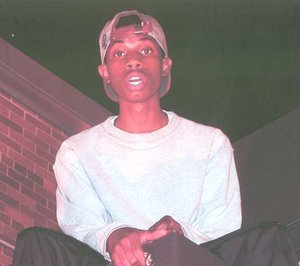 Police Seek Suspect in Thanksgiving Shooting
Detectives from Suffolk County Crime Stoppers and the Homicide Section are looking for the suspect responsible for shooting an unarmed man on Thanksgiving morning.

Officials say that the body of 21-year-old Naim Isiah Al-Hakeem of Bay Shore was found at 5:35 a.m. on Thanksgiving morning. Al-Hakeem (pictured) was riding his bicycle home after working an overnight shift at a business in Edgewood. His body was found on Manatuck Boulevard, north of Cedar Drive.

Anyone with information regarding the murder is encouraged to contact Crime Stoppers at 1-800-220-TIPS. Police will reward up to $5,000 in cash for information that leads to an arrest. All calls will be kept confidential.

Westbury Man Arrested in Hit-and Run
Suffolk County Police found and arrested the suspect in a hit-and-run that left a Sunoco employee seriously injured back in February.

Michael Charles, 29 of Wesbury, is being charged with Leaving the Scene of an Incident without Reporting Resulting in Serious Physical Injury.

On February 13, police responded to a call that a man was lying on the ground at a Sunoco gas station in Huntington. According to witnesses, the suspect was driving a Jeep Grand Cherokee when he struck the victim as he was leaving the station. He then fled the scene heading east on Route 25.

60-year-old Jaffery Syed of Greenlawn was the victim of the crash. He was transported to Stony Brook University Hospital via helicopter and was listed in serious condition.

Charles was scheduled for arraignment on Friday at the First District Court in Central Islip.

Pictured: Naim Isiah Al-Hakeem, the victim of the shooting.