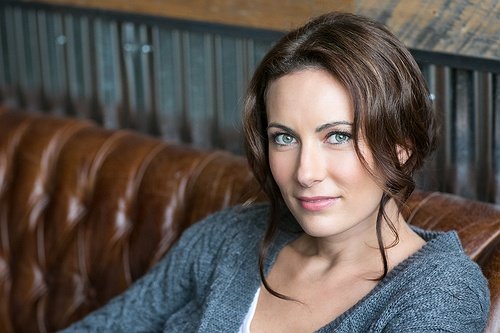 Sag Harbor, NY - September 9, 2015 - Bay Street Theater & Sag Harbor Center for the Arts is pleased to announce Tony Award-winner Laura Benanti live in concert on Saturday, October 10 at 8 pm. Tickets are on sale now online or by calling the Box Office at 631-725-9500, open 11 am to 5 pm Tuesday through Saturday.

Ms. Benanti can be seen this fall in the upcoming CBS Action Drama, Supergirl. In 2014, she joined the cast of ABC's hit series Nashville guest-starring as songbird Sadie Stone. She also appeared in recurring roles on CBS's The Good Wife and HBO's Nurse Jackie.

In addition to television work and her critically acclaimed performance as Elsa Schrader in NBC's The Sound of Music LIVE, Ms. Benanti is a highly celebrated, four-time Tony Award-nominated stage actress who took Broadway by storm at the age of 18.

She received a Drama Desk award, Outer Critics Circle Award and a Tony Award Nomination for her starring role in the Broadway production of Women on the Verge of a Nervous Breakdown for Lincoln Center where she also starred in the Broadway production of Sarah Ruhl's  In the Next Room or The Vibrator Play. Ms. Benanti earned the 2008 Tony Award for Outstanding Featured Actress in a Musical, a Drama Desk and Outer Critics Circle Award for her revelatory portrayal of Gypsy Rose Lee in Gypsy opposite Patti LuPone and directed by Arthur Laurents. Her other Broadway roles include The Wedding Singer, Nine, starring Antonio Banderas, her Tony, Drama Desk and Outer Critics Circle Award-nominated performance of Cinderella in Stephen Sondheim's Into the Woods and her sultry Tony nominated turn in Swing! Ms. Benanti made her Broadway debut as Maria in The Sound of Music opposite Richard Chamberlain.

Other distinguished theater performances include the Public Theater's production of Christopher Durang's Why Torture is Wrong and the People Who Love Them, Perdita in The Winter's Tale at the Williamstown Theatre Festival opposite Kate Burton, Anne in A Little Night Music at the L.A. Opera opposite Victor Garber, Eileen in Wonderful Town opposite Donna Murphy and most recently her portrayal of Rosabella in the Most Happy Fella, both for City Center Encores! Ms. Benanti completed a week-long engagement at the popular New York cabaret club, 54 Below, for which The New York Times hailed her as a "supremely confident" performer whose "bright, full soprano, with its semioperatic heft, can go almost anywhere." In September 2013, she released her debut album, "In Constant Search of the Right Kind of Attention: Live at 54 BELOW" on Broadway Records to ecstatic reviews.

Laura currently performs her concerts in venues around the country and even recently performed for the President and First Lady of the United States at both the Fords Gala and the Kennedy Center Honors in Washington DC.

Laura's past television credits include a starring role in the NBC series The Playboy Club and Go On opposite Matthew Perry. She also starred in the F/X original series Starved. Ms. Benanti recurred on  Law and Order: SVU,   Royal Pains, and Eli Stone;. and had appearances on The Big C and Elementary.

In 2016, Laura will return to the stage along with actor Josh Radnor in a revival of the musical She Loves Me.  She currently resides in Manhattan.