David Finkel, the author of the acclaimed book Thank You for Your Service, will speak at Adelphi University. 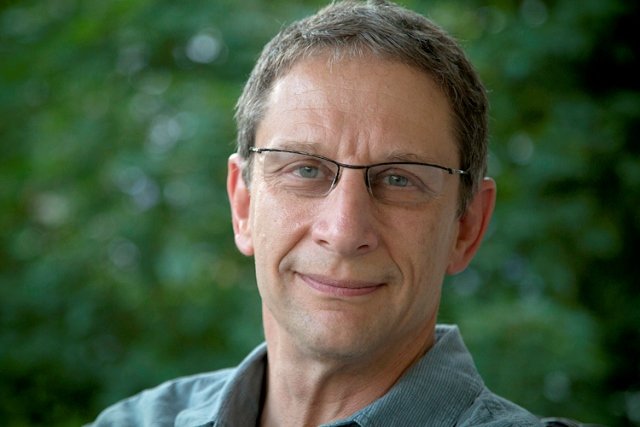 Garden City, NY - October 13th, 2014 - David Finkel, the Pulitzer Prize-winning author of Thank You for Your Service will be speaking at the Ruth S. Harley University Center, 1 South Avenue, Garden City, NY on Wednesday, October 29, 2014 at 7:00 p.m. The lecture, co-sponsored by the Collaboration Project, is free and open to the public, but tickets are required. Thank You for Your Service, a gripping portrayal of the effects of the Iraq war on veterans, their families and our country, was selected as this year’s Adelphi Community Reads (AU Reads) book as it relates to the year-long series of events exploring the Changing Nature of War and Peace.

Finkel had a strong background in journalistic writing and reporting before authoring his two critically acclaimed books, The Good Soldiers and Thank You for Your Service. While writing for the Washington Post, he was awarded a Pulitzer Prize in explanatory reporting for his three part piece on US-backed program to encourage democracy in Yemen. He has also reported from Africa, Asia, Central America, Europe and all over the United States. Furthermore, he has directly covered and reported on wars in Afghanistan, Kosovo and Iraq.

His first book, The Good Soldiers, was drawn from his reporting of the front lines of the 2007 troop surge in Iraq. The book was praised for its journalistic way of looking at the direct effects of war on the soldiers in the midst of it. The book follows a commander as he begins to experience the realities of war without any romanticism that typically is associated with accounts of war. Widespread acclaim came from the realism which Finkel viewed the war and his book ended up as one of the 10 best books of the year according to the New York Times Book Review.

Finkel followed his first book up with Thank You for Your Service, a touching account of the return home and the struggle of readapting to civilian life for the same men in his previous book. Finkel addressed the problems that war creates outside the realm of the battle field in a way that encourages discussion on how we can deal with the effects of war as a society.  Elizabeth D. Samet noted, “This is not -nor should it be- an easy book. But it is an essential one.”

Adelphi Community Reads (AU Reads) is a program designed to connect and engage our campus and broader community through a shared reading, book discussions and activities. All first-year students are given free copies of the AU Reads book in order to provide them with an intellectual link to each other and to our larger University community.