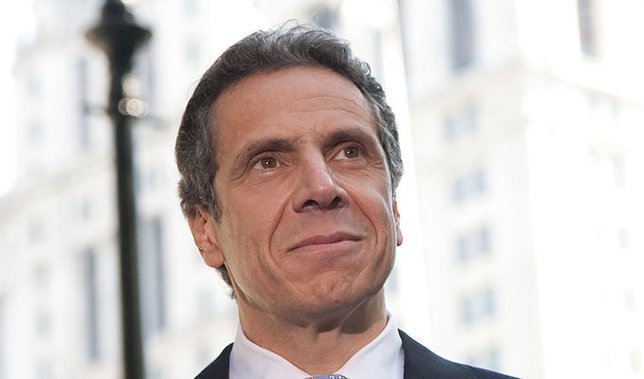 Albany, NY – September 20, 2017 – Governor Andrew M. Cuomo today called on Congress to immediately rescind the federal government's devastating cuts in Medicaid Disproportionate Share Hospital payments that will go into effect on October 1st unless Congress acts. Billions of federal dollars to hospitals will be cut beginning October 1, impacting services to low-income and the uninsured. This will cut critical federal funding known as Disproportionate Share Hospital payments that reimburses hospitals through the Medicaid program for uncompensated health care costs.
At the same time, Governor Cuomo is calling on New York's Congressional Delegation to fight the latest and most drastic attempt to repeal the Affordable Care Act—the Graham-Cassidy Senate health care bill—that would cut $18.9 billion annually from New York's health care system by 2026 and jeopardize health care coverage for 2.7 million New Yorkers.
"The federal government is still trying to decimate our health care system by targeting the quality of care low income Americans are able to receive," Governor Cuomo said. "Health care is not a privilege or something for those we have the means to afford care—it is a fundamental right. In New York, we are standing up and calling on Congress to immediately rescind impending hospital cuts that will devastate our public and safety hospitals before they take effect on October 1st and reject these last minute, dangerous attempts to repeal the ACA through the Graham-Cassidy bill."
New York will be hit with the largest DSH cut in the nation and also faces disproportionately higher cuts. New York accounts for 14.5 percent of total DSH funding, but is bearing 16 percent of the national-wide DSH cuts. The $2.6 billion cut to New York State by 2025 is significantly higher than that borne by other states, including California ($1.2 billion), New Jersey ($1.2 billion), and Texas ($1 billion).
These cuts will decimate New York's hospitals and fall hardest on its public and safety net hospitals that can least afford it:
Ultimately, these cuts will impact all 219 hospitals across New York State. However, they will disproportionately impact public hospitals and safety net institutions serving 2.8 million New Yorkers.
Governor Cuomo also called on Congress to stop the so-called Graham-Cassidy bill, Congress's latest attempt to repeal the Affordable Care Act. The bill uses block grants and per capita spending caps to dramatically cut Medicaid funding for New York.
Graham-Cassidy will put 2.7 million New Yorkers at risk of losing health coverage and cost New York $18.9 billion annually by 2026 according to the Center on Budget and Policy Priorities. Further, this bill is an assault on our New York values:
Lieutenant Governor Kathy Hochul said, "Once again, Republicans are proposing deep cuts to Medicaid that will imperil the well-being of millions of New Yorkers, especially our rural communities, the elderly, and children, resulting in a staggering financial burden for taxpayers. The Graham-Cassidy bill is an obvious attempt to contain the political damage done by July's failed effort to repeal the Affordable Care Act, and it should be rejected along with planned cuts to services provided by hospitals for low-income and uninsured patients."
Department of Health Commissioner Dr. Howard Zucker said, "The magnitude of cuts facing New York's health care system will be devastating. If Congress does not act now to rescind DSH cuts and put a stop to the latest desperate ACA repeal efforts, New York's hospitals and the health care coverage for millions of New Yorkers will be put in jeopardy. I join Governor Cuomo in calling for New York's entire congressional delegation to stand up to these reckless actions and protect New Yorkers' access to health care."
GNYHA President Ken Raske said, "Congress is about to let severe Medicaid DSH cuts kick in that will devastate New Yorkers and our hospitals. Every dollar counts, and these cuts would put hospitals in an untenable position—forcing them to decide between service cuts in services, laying off staff, or even closing their doors for good. We cannot let these cuts move forward, and we are grateful for the Governor's outspoken leadership on this issue. I look forward to continuing to work together with the Governor, our colleagues, and our Congressional delegation to prevent this assault on our hospitals."
HANYS President Bea Grause said, "Healthcare is complicated, but one thing is plain and simple: every New Yorker, regardless of their ability to pay, deserves access to healthcare when they need it. We need our congressional delegation, including Republicans and Democrats, to stand together to protect our health care and oppose devastating federal cuts. I want to thank Governor Cuomo for bringing us together today and for his enduring commitment to standing up for health care in New York State."
Maria Castaneda, 1199SEIU Secretary Treasurer, said, "Today, once again, our health care system is under attack at the federal level. The cuts being proposed are truly scary for those who need care and those who provide it. They would not only roll back the progress we have made in increasing access to healthcare, they would threaten care for the most vulnerable, especially seniors and people with disabilities in need of long term care. Today I join Governor Cuomo in calling on Congress to work together in a bipartisan way to improve, not slash, our healthcare and to ensure everyone has access to quality care.
NYSNA Executive Director Jill Furillo said, "Governor Cuomo has long been an ally for our workers, and it's clear he understands how devastating these policies would be for our nurses and for the care we provide to all New Yorkers. Nurses and direct care workers should be able to provide quality, decent care to all who need it. Today we once again join with Governor Cuomo to oppose these new dangerous and regressive actions, and I call on Congress to do everything they can to protect our ability to deliver quality health care."