Today, U.S. Senator Charles E. Schumer announced that his office will be conducting a statewide lottery for one ticket to the Joint Meeting of Congress with His Holiness Pope Francis of the Holy See on ... 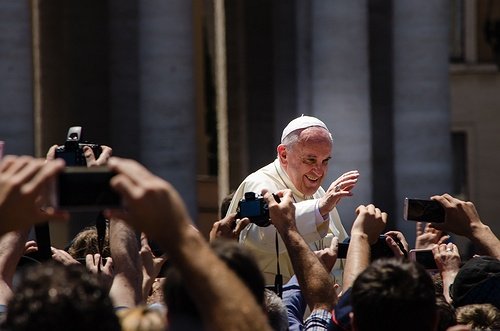 Albany, NY - August 17, 2015 - Today, U.S. Senator Charles E. Schumer announced that his office will be conducting a statewide lottery for one ticket to the Joint Meeting of Congress with His Holiness Pope Francis of the Holy See on September 24, 2015. Senator Schumer received one guest ticket, and requests are pouring in from across New York from those trying to see Pope Francis and experience a piece of history. Pope Francis will be the first Pope to ever address a joint meeting of Congress. Senator Schumer will also offer 100 pairs of tickets to the Papal Audience on the West Lawn of the Capitol following Pope Francis’ address. Schumer’s office will distribute tickets during a random drawing that will be held on August 27th, 2015. The deadline to submit requests will be August 26th, 2015 with requests ONLY being accepted through Schumer’s website. Tickets for the Joint Meeting of Congress and the Papal Audience are only provided through Congressional offices and are free of charge.

“Pope Francis’ speech before Congress will be a historic moment for all of us, but especially for one lucky New Yorker who will get to attend the speech in person with a ticket from our office,” said Schumer. “If it were up to me, I would fill up the entire gallery with New Yorkers, but sadly, each Senator only received one guest ticket. Still, I encourage all New York residents to go to my website and enter the lottery for the chance to see the Holy Father at his Audience outside the Capitol or hear him speak before Congress.”

To enter, New Yorkers should go here, and fill out the entry form (due to volume, requests cannot be accepted by phone). Entrants will be asked to submit their name and contact information. One Joint Meeting ticket winner and 100 winners of a pair of tickets to the Papal Audience will be notified personally after the lottery is held. Schumer noted that only the names of the winners will be made public.

Additional information can be found at Senator Schumer’s website.