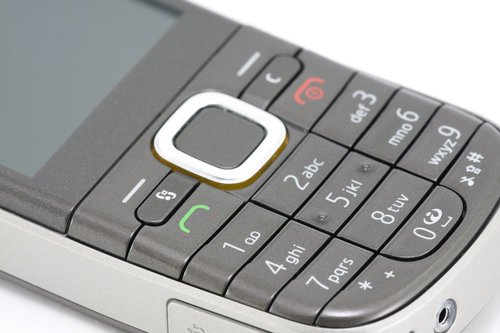 Albany, NY - October 21, 2013 - Governor Andrew M. Cuomo today reminded teen drivers and their parents about the dangers of distracted driving and the importance of practicing safe driving habits as part of National Teen Driver Awareness Week. Combined with efforts that include recently passed distracted driving laws, a summer crackdown on distracted driving, and monitoring services for parents, this national awareness campaign can help keep teens and others safe on New York’s roads. As of January 2013, there are 331,000 drivers between the ages of 16 to 19 in New York.

“This week, New York State is joining a national effort to keep teen drivers safe on the road, which means ensuring that they drive carefully to protect themselves and others,” Governor Cuomo said. “Statistics show that motor vehicle crashes are the number one killer of 16- to 24-year olds, and the majority of crashes occur during the first six months of licensed driving. That is why it is our responsibility as parents and guardians to instill safe driving habits in our teens who are just getting behind the wheel and why New York State recently increased penalties for distracted drivers, with a focus on new drivers. When coupled with inexperience, dangerous practices like texting-while-driving, speeding or driving under the influence can lead to irreversible and terrible consequences. So this week, I urge New York’s teen drivers to buckle up, keep their eyes on the road, and be responsible – it can save their lives.”

This past July, Governor Cuomo signed legislation to impose the same penalties on drivers with probationary and junior licenses for texting-while-driving and using a hand-held cell phone that they receive for speeding and reckless driving: 60-day suspensions for first convictions, and revocations of 60 days (for junior licenses) or 6 months (for probationary licenses) for subsequent convictions within 6 months of the time a license is restored after suspension. In June, the Governor directed the DMV to increase the number of points charged against an individual’s driving record upon conviction for texting-while-driving and cell-phone related infractions from three points to five points for drivers of all ages.

Efforts continue from this summer’s crackdown on distracted driving, which took place from the July 4th holiday weekend through the Labor Day weekend. Since July 4, 2013, 27,895 tickets have been issued by the New York State Police to distracted drivers.

The Governor also recently put in place 91 special “Texting Zones” to give motorists a pull-off area to park and use their mobile devices. Signage is available along the New York State Thruway and State Highways to remind drivers where Zones are located.

The state Department of Motor Vehicles (DMV) also helps parents monitor their teens’ driving through the Teen Electronic Event Notification service (TEENS). TEENS is a voluntary free service that notifies the parent or guardian of a minor, under the age of 18, in the event that a conviction, suspension, revocation or accident appears on the minor's driver license record, or if the minor receives a ticket. Parents can sign up for this service on the DMV website (www.dmv.ny.gov).

According to a recent study by the Children's Hospital of Philadelphia, 75 percent of serious crashes involving teens were caused by a critical teen driver error. The three most common errors – driving too fast for road conditions, being distracted, and failing to detect a hazard – accounted for nearly half of all serious crashes.

Parents are advised to offer their teens constructive criticism and teach the following skills to prevent the three common errors that lead to teen crashes:

“Studies have shown that teens with parents who actively monitor their driving behaviors and help them develop safe driving skills are half as likely to crash, 71 percent less likely to drive intoxicated and 30 percent less likely to use a cell phone when driving,” said Barbara J. Fiala, Commissioner of the New York State Department of Motor Vehicles and Chair of the Governor’s Traffic Safety Committee. “These same teens are also 50 percent more likely to buckle up and less inclined to speed.”

For more safe driving tips and information for teens and their parents, visit the website of the Office for the Younger Driver at dmv.ny.gov/youngerdriver/. More information can also be found by visiting dmv.ny.gov and www.safeny.ny.gov.