Extreme summer heat has caused rail and signal malfunctions – at least 3 in the last month alone - and slowdowns on Amtrak, LIRR, MetroNorth and NYC subways. 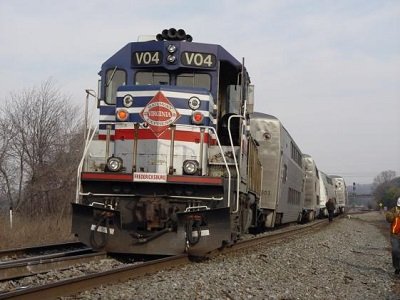 July 22, 2013 - Albany, New York - U.S. Senator Charles E. Schumer today urged the Federal Department of Transportation’s (DOT) – in cooperation with the Transportation Research Board (TRB) and the National Transportation Safety Board (NTSB) - to investigate the spate of heat-related incidents on the region’s transit systems, including Amtrak, MetroNorth Railroad, the Long Island Railroad (LIRR) and New York City’s subways. This past week, throughout New York’s heat wave, there were a number of major issues along rail lines in the New York Metropolitan area directly related to the rising temperatures. Schumer is asking the TRB to conduct an investigation and analysis of the scope of the problem and issue comprehensive recommendations on how to address the problem.  He is asking for the recommendations to be completed by the time next year’s Transportation Reauthorization bill is taken up by Congress, so that potential legislative changes and funding can be provided to implement them.  Schumer is asking the National Transportation Safety Board – who are investigating Friday’s Metro North derailment in addition to the Connecticut Metro North derailment this past May – to specifically look into the role heat played in the accident.
Schumer is specifically asking the TRB and NTSB to look into the impacts of the changing climate on railroad infrastructure, especially vulnerable electric wires, transformers, and tracks to determine what changes need to be made in an era of increasingly high temperatures.
“It is clear that high temperatures have a devastating effect on our transit system, and we need to look at ways to mitigate that, just as we are doing with storms and floods,” said Schumer. “This month alone, New York and New Jersey have experienced at least three heat-related train issues and with commuters paying so much in transit costs, these delays and derailments need to be avoided as much as possible. The feds have the resources and expertise to look at these incidents, and others, together and to make specific recommendations so that are system is better protected.”
Extreme heat can often impact rail systems and equipment causing “heat kinks” and droopy overhead lines. Aboveground tracks are at higher risk of warping during high temperatures.
On July 18th, a portion of the Metro-North’s Hudson line was suspended after a freight train hauling trash derailed. Ten of the 24 cars derailed. The derailment caused delays during Fridaymorning’s commute which impacts approximately 25,000 riders. The Metropolitan Transit Authority (MTA) said they were looking into heat as a factor for the derailment. NTSB is investigating this derailment.  The delays have continued through today.
For two days last week, the Metro North railroad announced delays to most electric-powered trains running between Grand Central Terminal New Haven. Aging equipment dating as far back as 1914 on the New Haven line is particularly susceptible to heat-related failures that can disable trains, disrupt service and potentially pose safety hazards when suspended wires, known as catenary wires, sag and get caught in the arms on top of cars that transmit power to trains. Metro-North has instituted restrictions for that line that go into effect when temperatures rise above 80 degrees. An estimated fifteen minutes of travel time will be added to most trips.
On Wednesday, July 17th, malfunctioning power lines caused major delays with both the New Jersey Transit and Amtrak services west of New York. The delays affected thousands of commuters heading home from Penn Station at the end of another day amidst the region's recent heat-wave. Higher-than-average temperatures caused the power lines to relax and sag, which triggered the technical problems causing the delays. The maintenance of these power lines is the responsibility of Amtrak.
The Transportation Research Board is supported by the U.S. Department of Transportation and provides leadership in transportation innovation and progress through research and information exchange. TRB is one of six major divisions of the National Research Council.  The National Transportation Safety Board is an independent federal government agency that investigates transportation accidents in the United States.
Schumer today pointed to the most recent heat-related rail delays and accidents and urged the TRB to investigate the impact heat has on New York and New Jersey’s transit systems. Specifically, Schumer is asking TRB to investigate the economic impacts of these delays. For example, what is the scope of the cost to protect rail infrastructure in regards to heat-related incidents? And, why are these heat-related rail incidents occurring? Schumer is asking TRB to look into the electric wires and catenary wires, transformers and tracks to determine what changes need to be made to prevent heat-related accidents and delays from occurring as the climate changes.
NTSB is currently investigating Thursday’s Metro-North derailment and Schumer is asking NTSB to specifically look into the role heat played into this accident. Schumer today explained that NTSB should make recommendations related to heat-related rail accidents before the transportation bill so that appropriate funding can be allocated and secured.