Less than a year after release, Amazon has sold out of its Kindle Fire wares.

Nine short months after first seeing the light of day, Amazon’s Kindle Fire has sold out, and it doesn’t look like it will be coming back to market any time soon. Successor to the company’s popular E Ink-based eReaders (some of which have also gone out of stock), the Fire merged Amazon’s expansive digital library and cloud services with the functionality of Android smart devices and portability of a slim 7” tablet form factor. It sparked fervor amongst consumers, selling like hotcakes last holiday season and keeping its sales hot enough to claim 22% of the US tablet market. 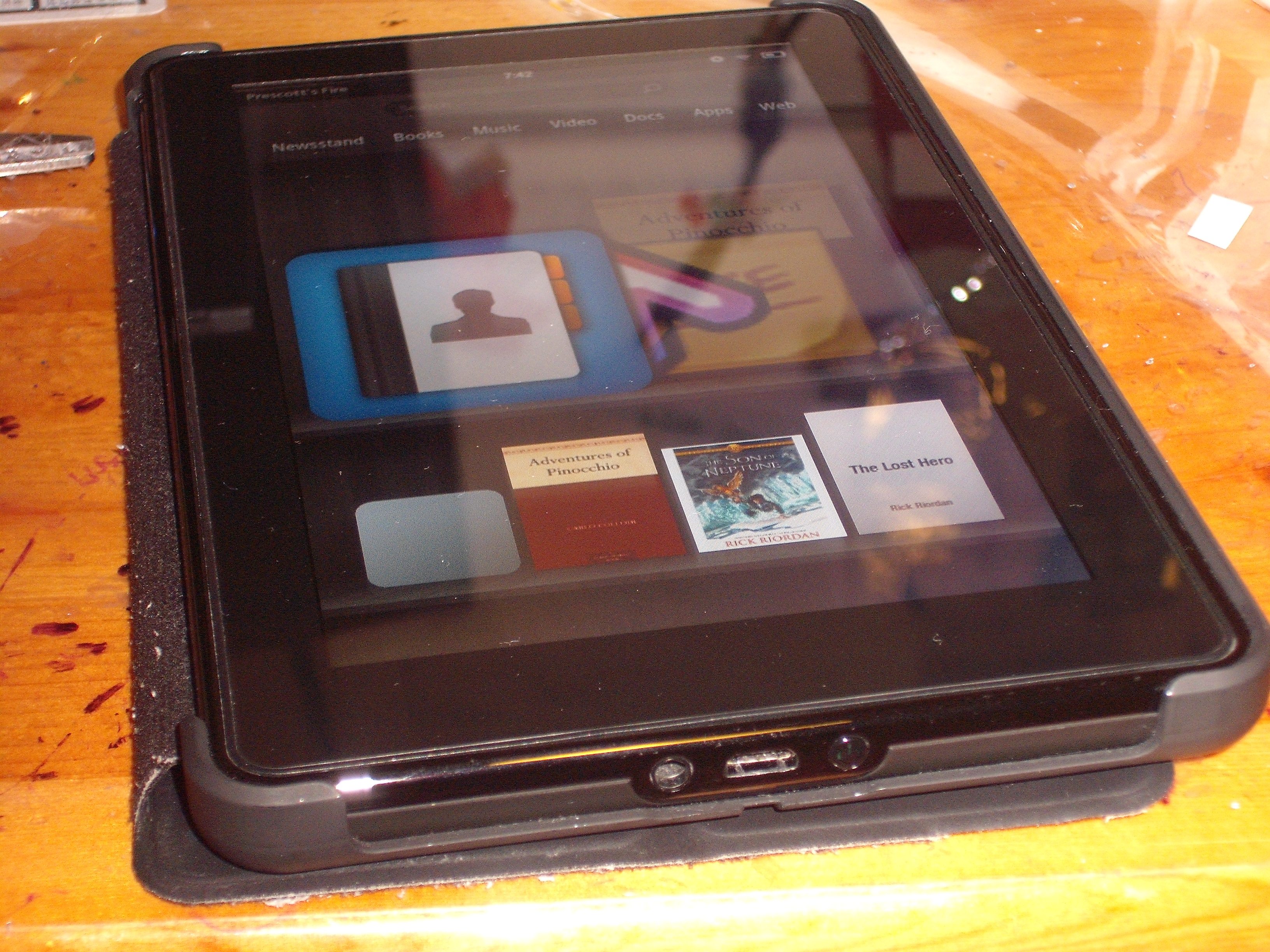 So why, if the Fire has enkindled such great success, is it evidently no longer being manufactured to meet demand? Well, its utilitarian melding of what could be considered the most important pieces of tablet functionality with an enticingly reasonable price tag has ignited a race to the fiscal bottom which seeks to still leave as much of the practical top intact as possible, and at the rate modern technology advances any given machine can only stay afloat so long before smoldering into obsolescence. Android proprietor, Google’s own recently released Nexus 7 tablet surpasses the Fire’s hardware in many aspects while running the latest version of the operating system, doing so at the same $200 point Amazon’s slate went for. To remain competitive, the Fire must forge forward into the ever so slightly more modern world, matching the competition’s functionality and cost, if not surpassing it outright. Where then is the follow up to this blazing triumph? That answer remains uncertain, though the smoke may clear on September 6th when Amazon hosts a press conference liable to address just that.

In fact, this coming month is heating up to be a genuine treasure trove of news for mobile enthusiasts; Amazon’s conference will be preceded by a joint event between Microsoft and Nokia to kick off the first line of Windows Phone 8 devices. That same day will see a conference from Motorola and Verizon—which may very well be the launch of the hotly rumored RAZR HD and RAZR M handsets— and Moto will even partner with Intel for a second event later in the month. Apple fans can also join in the excitement with a conference in the middle of the month that could prove the announcement of the iPhone 5 and highly anticipated iPad Mini. Of course, it is entirely possible that followers of any of these events might get burned, finding nothing of note released or announced, but with so much happening in such a short span it is hard to believe we won’t see something interesting light up the electronics market before autumn.