Is There an Undeclared Public Health Emergency in the Rockaways?

The New York City Department of Health has yet to declare a public health emergency in the Rockaway Peninsula, where residents have been living without power, but with an excess of flood-related mold and bacteria ...

Immediately following Superstorm Sandy, reports surfaced detailing the possible health risks to come.  For residents of the Rockaways, one of the most devastated areas in the region, who have now been living without power for nearly a month, the growing risk of mold and bacteria is a serious concern.

The Rockaway Peninsula experienced historic flooding during the storm, and as the International Business Times reported just days after the storm, sewage-tainted waters can lead to digestive and skin disorders as well as wide-ranging infections.  Dried sewage can become airborne and lead to severe respiratory conditions. 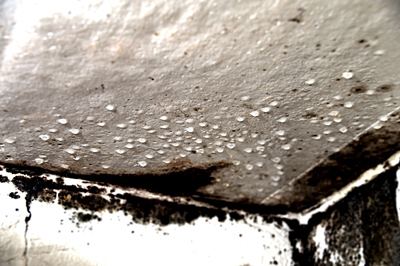 The New York City Department of Health recommended drying affected areas immediately after flooding occurred to prevent the spread of mold, using fans and dehumidifiers in enclosed areas.  But for folks living in their flooded homes without electricity, this is not an option. The DOH also recommended keeping children, elderly and people with health conditions away from flooded homes and buildings, but with the housing shortage that has not been a realistic option for many affected New Yorkers.
A recent report by WAMC’s Jim Hoffer indicates that the city has not been dealing with the hundreds of people living in affected areas in a timely manner.  New York City asst. Health Commission Nancy Clark told Hoffer that the city has been monitoring emergency room visits and hospitalizations for respiratory illnesses, but they have not seen an “up-tick” in these cases.  Hoffer goes on to report that the city lacks guidelines for mandating evacuations due to mold growth, nor has any level of government been able to develop a plan for alternate housing for those who need it.
Share your thoughts on this article by posting a comment below or by visiting our Long Island Living discussion forum.