Bruce Ratner's group was chosen to renovate the Nassau Coliseum into a 13,000 seat arena with an outdoor complex that may include an ice skating rink, movie theater, or bowling alley. 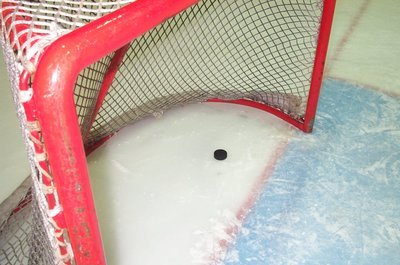 County Executive Ed Mangano announced today in a press release that the winner of the bid to renovate the Nassau Coliseum is Nassau Events Center, LLC, an affiliate of Forest City Ratner (NEC) that currently owns and operates the Barclays Center.

Mangano said that the group, headed by developer Bruce Ratner, would transform the 43-year-old coliseum and plaza into “an attractive, first class destination for family fun, sports and entertainment.”

Ratner’s plans include turning the coliseum into a 13,000 seat arena surrounded by a complex that is expected to include an ice skating rink, a bowling alley or a movie theater.

NEC faced stiff competition from the Madison Square Garden Group (MSG), which had more expensive plans to include an outdoor entertainment complex.

“The Madison Square Garden Company and Nassau Events Center, LLC… competed in a challenging process resulting in the submission of two excellent proposals,” said Mangano.  “In fact, it was the unanimous sentiment of the RFP committee that in most regards both MSG and NEC had submitted compelling proposals. Both had the financial and managerial capacity and expertise to successfully execute a meaningful development of the Coliseum and construction of the adjacent Plaza bringing new and exciting economic rejuvenation to the HUB.”

In the end, Mangano said that he chose the group that he felt offered the best opportunity for Nassau County residents, would create job opportunities in the area, and would generate the greatest revenue for the county while relieving the county of costly expenditures.

According to the press release, a “significant factor” in the decision to sign with NEC was the amount of rent NEC agreed to pay over the 34 years that the Coliseum will be leased.  MSG offered to pay approximately $112 million during the first 34 years in rent, whereas NEC was willing to pay just over $194 million in rent.

“By having The Madison Square Garden Company compete with us on this development demonstrates the significance of this project and both of our companies’ commitment to Long Island,” said Ratner to CBS. “We are ready to get to work to deliver a world-class coliseum and a thriving sports, entertainment and retail center that Long Island deserves.”

There is no word yet as to who will be the primary tenant of the Coliseum after the Islanders move to the Barclays Center in Brooklyn in 2015.