Teen Charged in Recent Valley Stream Sex Attacks, To Be Tried As Adult

The hunt for the person responsible for the Valley Stream sex attacks results in the arrest of a teen from Queens. 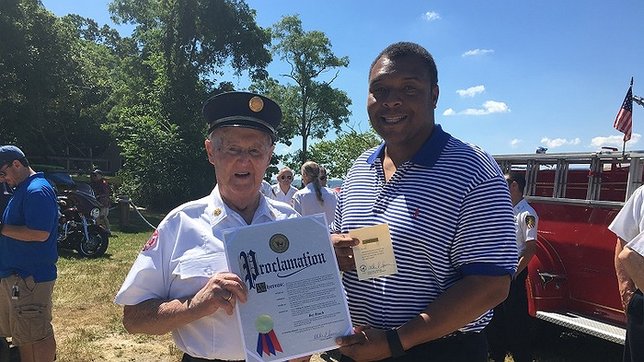 Police have arrested and charged 16-year-old Nashane Peterkin of Queens for the recent sex attacks that took place in Valley Stream.

The most recent attack occurred on Sept. 1 involving a 60-year-old woman who was sexually assaulted along a hiking path at Valley Stream State Park. The woman was raped, choked and beaten, according to police.

Another attack occurred on Aug. 12 involving 30-year-old woman who is seven months pregnant. She was walking on Mill Road where she was grabbed in the buttocks and punched in the face. Peterkin also tried to rip off her shirt while pinning her to the ground, but she escaped.

Just minutes after the attack on the 30-year-old woman, there was an incident involving a 58-year-old woman who was punched in the face and pushed into her home in Lynbrook. The suspect tried to rip off her clothes. Police indicate the suspect’s description was similar to that of Peterkin, and are investigating a link to that incident.

Peterkin has been charged with first-degree attempted sexual abuse, first-degree rape and second-degree assault and strangulation.

Peterkin has been held without bail after his arrest on Sunday in Howard Beach. He is being charged as an adult and can face up to 25 years in prison if convicted of the top count.