More alligators, snakes, and turtles were handed over yesterday at the Selden Petco for the second illegal animal amnesty day. 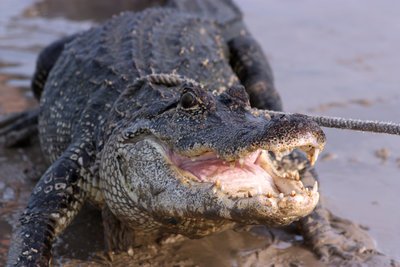 The Suffolk County Society for the Prevention of Cruelty to Animals held its second amnesty day for owners of illegal reptiles and amphibians at the Selden Petco, and brought in a similar haul to the first event.

All of the eight animals dropped off will be sent to zoos.

The SPCA’s amnesty day came as a response to people abandoning pets across Long Island. According to SPCA Chief Roy Gross, dozens of dangerous and illegal reptiles have been abandoned on the island in recent years, with the chief reptile of interest being alligators.

Gross told ABC News that 16 alligators were abandoned in Suffolk County in a nine month period.  These include two alligators that were found in a supermarket parking lot in Baldwin, one found on a golf course in Wading River, and another found in the parking lot of an Applebee’s in Shirley.

The first illegal reptile and amphibian amnesty day was held at Sweetbriar Nature Center in Smithtown in April, and brought in three alligators, a boa constrictor, and a variety of turtles.